Making The Most Of Every Day After Mastectomy - Keep on Running

GP Karen has faced a devastating series of diagnoses but is determined to meet them head-on. Throughout her gruelling treatment regime she has maintained a positive attitude, channelling her energies into staying fit and raising money for cancer-related charities.

Karen first found a lump in her right breast ten years ago, aged 41. Since then her breast cancer journey has led to two mastectomies, reconstruction and a diagnosis of secondary breast cancer in her sternum, chest wall and lungs. However, her determination to overcome adversity is truly inspiring, as is her frankness in admitting that being a GP can be a mixed blessing when you’re the one with the diagnosis.

Karen, who lives and works in Hampshire, was diagnosed with breast cancer ten years ago. After finding what turned out to be a benign cyst in her right breast, two lumps were discovered in her left breast and she was referred urgently to her local breast clinic. “Being a GP, I am used to seeing patients with both benign and malignant disease, so I knew what the outcomes were likely to be,” she says. “When they told me the results showed that it was cancer I thought my world had fallen apart. I was 41 and had two daughters aged 4 and 7.”

Karen had a mastectomy just before Christmas that year, striving to keep things as normal as possible for her family. In the new year she started chemotherapy, although she continued to keep fit with regular running and visits to the gym. She shaved her head as soon as her hair started to fall out and even found a wig that she loved. But as her chemotherapy progressed it was difficult to remain positive. “I remember after the final round I said that I couldn’t cope with any more. I was weak and in a lot of pain from the injections to stimulate my bone marrow. I didn’t want to eat anything and I had given up the will to live.” She managed to rally from this low point, however, and enjoyed a restorative holiday with her family at their house in Italy. 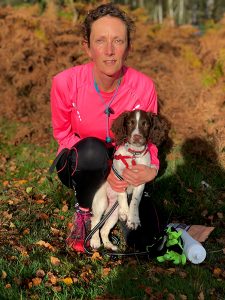 Picking up the pieces

Understanding the likely outcomes of cancer doesn’t always help when you’re coping with your own diagnosis. It can also be devastating for anyone in the medical profession to watch others suffer. One of Karen’s friends was lost to stomach cancer while Karen herself was undergoing treatment. Searching for a positive way to honour him, and one that would help their children cope with their confusion and grief, Karen decided to organise a fund-raising event with the charity Little Legs. She continued to fund-raise for breast cancer after that, running in the Race for Life with her children and friends, as well as undertaking a half marathon and completing the Moon Walk on two occasions.

Over the next few years, Karen’s life gradually got back to normal. “I was taking tamoxifen, going to work and looking forward to the future.” She was also hoping to celebrate when she reached the five-year point post-cancer, but unfortunately her last annual mammogram revealed a suspicious area. The biopsy confirmed that she had lobular carcinoma, which led to another mastectomy with immediate reconstruction. “It took almost a year for this to happen and I have to say the surgery almost broke me,” she says.

“Histology of the removed breast showed I had carcinoma in situ but no other treatment was required. It took me about three months to recover from the surgery but gradually I got my fitness back, started running again and went back to work.”

Throwing herself back into life with all her energy and determination, Karen’s next goal was to get to ten years after her initial diagnosis. “Life was going really well. I was enjoying clinical work, teaching and became very involved in appraisal. I completed a master’s degree in medical education, graduating with distinction. The girls were growing older and turning into fantastic young ladies. I was always on the move, keeping fit, running and helping with the girls’ football and rugby teams.” 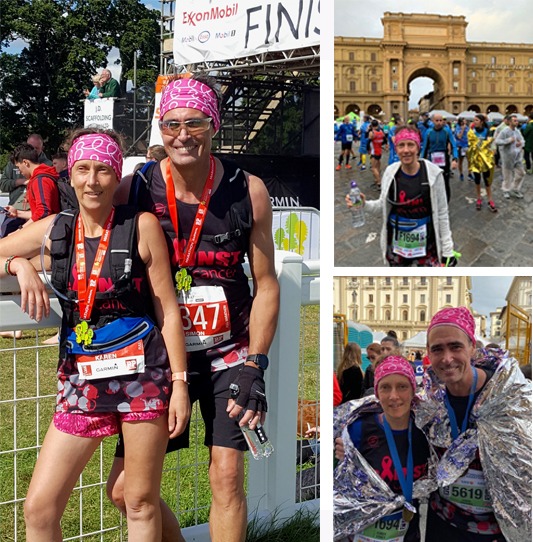 At the start of 2019 Karen decided to push herself even further by making the commitment to run her first marathon. However, by Easter she had started getting pain in her breast bone. “The breast care team felt it needed to be investigated and, sure enough, the cancer was back.”

Hearing that she had secondary breast cancer in her bones, lungs and chest wall was even more devastating for Karen than getting her first diagnosis. “I thought I simply couldn’t go through it all again. Even with all my medical knowledge, sometimes knowing too much is dangerous. It felt like a life sentence.”

Karen’s breast surgeon, who had the task of breaking this shocking news to her, said there was nothing more she could do – it was up to the oncologists now. “I could barely speak and had no idea what I was going to say to the girls.” It seemed unlikely that she would be able to run her marathon, either, which was just six weeks away.

Numb with shock, Karen did not want to speak to or see anyone at the weekend: “I felt like time had stopped and I wasn’t part of anything anymore. For the next few days I was on autopilot, but then I began to get my head round it and started to come to terms with the next phase of my life. I realised there was no point in sitting around worrying about what might be. It was time to embrace the situation and see if I could get something positive out of it.” Incredibly, Karen’s way of creating something positive was to commit herself to running that marathon anyway.

“I decided that whatever was going to happen, I was going to run the marathon and raise money and awareness for secondary breast cancer.” She contacted the charity Against Breast Cancer and set up a JustGiving page. “Telling my family I was going ahead with the run was my way of telling them I was staying positive.”

Despite having started treatment for her secondary breast cancer, Karen completed the marathon in 4 hours and 35 minutes, raising more than £4,000 for charity. “Crossing the line was one of the best things I have ever done, and seeing my close friends and family at the finish made it even more emotional.”

Her own treatment has been very successful, however, and the cancer is shrinking. To celebrate, Karen decided to run another marathon, completing the Florence marathon in great time, despite a calf injury and a painful insect bite along the way.

There is no one-size-fits-all way to cope with a cancer diagnosis. While there is a lot of encouragement from charities and the medical profession to seek out support groups, online chat rooms, professional counselling or the insights of someone who has been through it themselves, this does not work for everyone. “My coping mechanism is to keep busy, not over-think things and make the most of every day.”

Selected For You
Swimwear to Help You Feel Confident and Gorgeous After a Mastectomy
Read More
Are You Feeling a Little Uneven?
Feel more comfortable in your clothes with a breast shaper that adjusts perfectly to your body.
Read More
Why a compression bra is better than a sports bra after breast surgery
How medical compression bras support healing
Read More
Amoena4Life Registration