Committed to being open about her breast cancer diagnosis, Jacquie Beltrao recently became the ‘face’ of a collaboration between Amoena, breast cancer charity Future Dreams and top swimwear designer Melissa Odabash. Here, she talks about how her unofficial support network helped her get through a difficult time. Jacquie was diagnosed in December 2013.

Did she reach out to other women for advice and support? 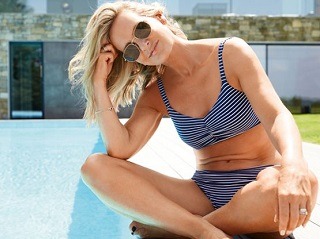 Jacquie admits that thanks to her high-profile career, she has become a focal point for women who, like her, have been diagnosed with breast cancer. 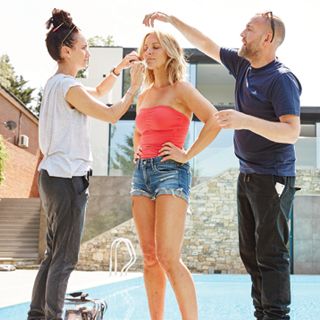 What made Jacquie agree to model the Odabash collection for Amoena with Future Dreams?
When Future Dreams asked me, my immediate reaction was to say ‘Don’t be ridiculous,’ but what actually came out of my mouth was ‘OK, love to!’ Having cancer, and the gruelling treatment that goes with , actually changes your outlook on life. I’m much more open to new experiences and meeting new people these days. And besides, I’d never done a proper modelling shoot before, so I knew it was going to be fun.”

“If I’m feeling low, I give myself a boost by going for a run or doing some yoga—something to make the muscles hurt. Exercise is the best body confidence boost I can think of” says the ex-Olympic gymnast.