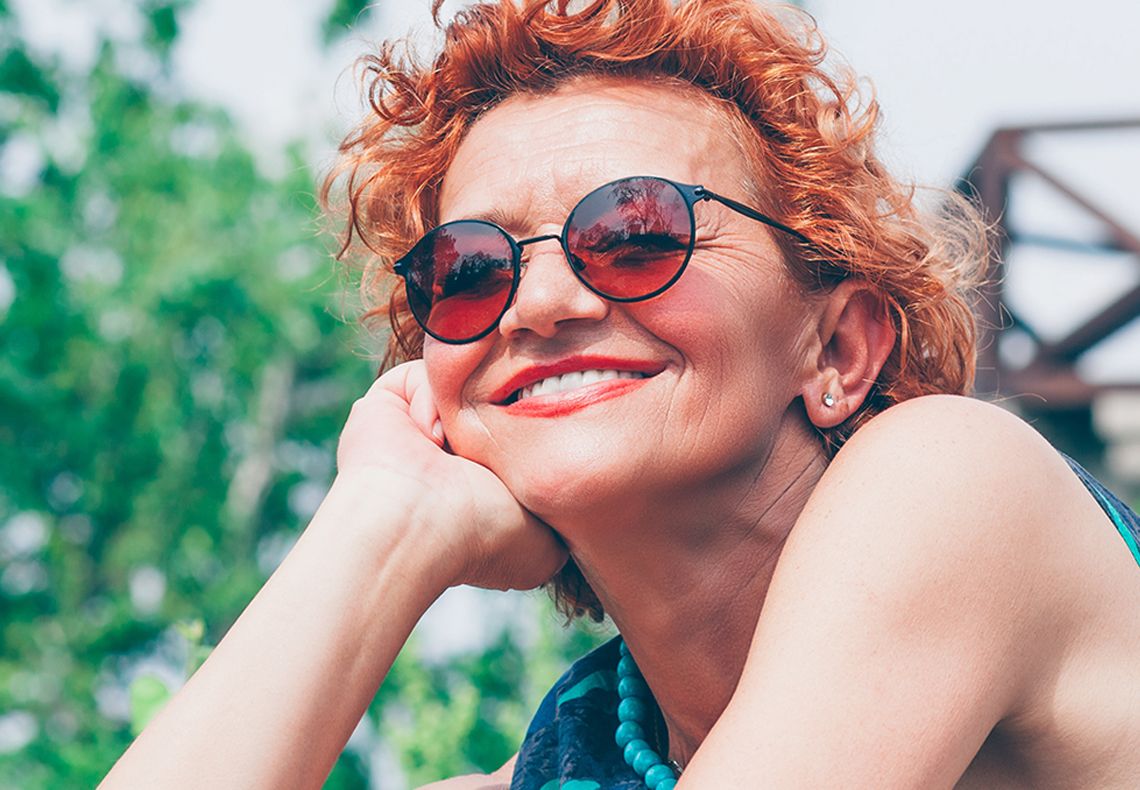 Do you believe negativity can feed illness? Ingrid did, and turned to positive thinking when she was diagnosed with breast cancer. Ingrid, a breast cancer survivor, has always been inspired by other women’s cancer survival strategies; when she reads them, she admires their courage. Recently, she was reminded of her own struggle to continue her positive thinking when a routine mammogram resulted in a recall for further tests. Summoning up her courage to face whatever might be ahead of her, Ingrid had particular reason to revisit her earlier coping strategies.


Ingrid was diagnosed with breast cancer at the age of 50. “I had chemo before my first operation to shrink the tumour, but the lumpectomy and a second excision could not clear the cancer, which had also spread to my lymph nodes. So I had a mastectomy and reconstruction in June 2004.”

Before positive thinking: cancer and pessimism

Until her diagnosis Ingrid had been a pessimist: “Like the author Susan Jeffers, who is quoted in The Power of Positive Thinking, I was ‘always run by fear’ and, like her, often saw myself in the mirror with ‘eyes red and puffy from tears of self-pity’,” says Ingrid. “I was also prone to anxiety and bouts of depression.

“However, miraculously, being faced with a diagnosis of breast cancer changed my attitude almost instantly. Without having read any books about it, I discovered positive thinking. I was suddenly convinced that negative thoughts would feed my cancer and that I had to recognise them and kick each one away like a football, as soon as it entered my mind.”

Like so many other women who are busy leading their lives when the shock of breast cancer hits them, Ingrid, who is a teacher, had many reasons for forcing herself to think positive.

Her daughter was just starting her own A-levels and Ingrid decided it was best that she didn’t know about her mother’s diagnosis until her exams were out of the way. Determined not to let breast cancer get in the way of her plans, Ingrid decided to attend a course for French teachers in France that summer, despite the fact that she would be having chemotherapy at the time.

Just two days after her diagnosis, a determined Ingrid sat down at her computer and wrote out a survival strategy. Her positive thinking was already at work despite cancer. “I sent this to my head of department at school, because I thought I would find it easier to stick to it if I had shown it to someone. I took my first piece of advice from Terry Waite, who survived five years in solitary confinement after being abducted by Palestinian militants: ‘Self-pity is not an option.’ Then I made a list of simple things that I enjoyed in life and promised to treat myself to some of these each day.”

Without even knowing it, Ingrid was taking a page out of several of the best-known self-help books. “The most useful thing I decided to do was to write a ‘diary of positive thoughts’. Every night, before going to bed, I wrote down a list of positive moments that I had experienced that day. Even if it had been a largely fraught, painful and frustrating day, I forced myself to concentrate on even the smallest positive aspect – for example a beautiful flower or an interestingly shaped cloud I had seen, a child’s laughter I had heard, a relaxing hot bath. I absolutely forbade myself to put anything negative down on paper. At the top of each diary entry in red pen I wrote a quotation by the Italian poet, Cesare Pavese, that I had found on a meditation card: ‘We do not remember days… we remember moments’.”

Just as the self-help writers assure us that it will, this strategy led Ingrid to look actively for enjoyable moments and to create them for herself each day. She admits that it wasn’t always easy, but as her chemo progressed she found new ways to make herself think positively, joining art therapy classes and even persuading her husband to attend a few ballroom dancing classes with her before her operation.

One small practice inspired a shift to positive thinking

It is now many years since Ingrid’s breast cancer diagnosis and she is still thinking positively.

“Looking back to this life-changing experience I have to say that having breast cancer has been wonderfully enriching and has taught me to live life to the full after so many years of living as a pessimist.

“As the threat of recurrence has receded in my mind I have let things slip and no longer make time for the diary. As a result I don’t feel quite so elated as I did during my cancer year, when even opening the curtains in the mornings and seeing the sky, whether blue or grey, gave me a feeling of intense joy as I told myself ‘I have lived to see another day.’ However, I swim every morning before school, which forces me to breathe deeply and empty my mind, and I have not yet gone back to my bad old habits of constant negative thinking. I must not allow this to happen, as life is too short and precious, and every moment counts.” Positive thinking experts and cancer survivors alike would agree.

Ingrid’s recent recall for further tests involved an ultrasound and needle biopsy. To her great relief, the results confirmed that it was not a recurrence of cancer. “I was very surprised to learn that the lymph gland had filled up with silicone which had leaked from my reconstructed breast and travelled over to the other side,” she says. “Apparently it is totally harmless. I was not aware that this was possible – you live and learn.” Living and learning are certainly two things to which Ingrid – thanks to her survival strategy – is committed.

Want more tips? Read this: Mindfulness is another way to encourage positive thinking, even with cancer.