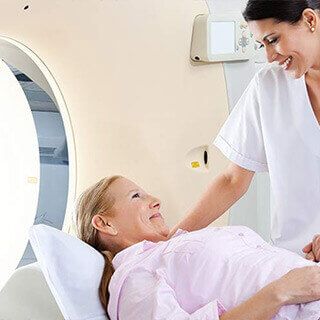 The American Cancer Society recommends an annual MRI screening in addition to mammography for women who have very dense breasts or have a higher-than-average risk for breast cancer. But many women apparently don't want to have MRIs, even though the test is non-invasive and is usually paid for by insurance when recommended by a woman's physician.

A recent study of 1,215 women turned up some surprising results among women who were eligible for no-cost breast MRIs after routine mammography and ultrasound: 42% refused the 30-minute imaging tests. A quarter of the study participants said they found the closed MRI tubes too claustrophobic ("open" MRI machines cause less anxiety for many people, but do not provide optimal breast imaging), while another 20% said having an MRI was inconvenient, requiring too much additional time and travel. While the refusals weren't totally unexpected, the large numbers of women who balked at having MRIs surprised study authors and physicians.

More doctors are recommending MRIs for breast imaging, because although it tends to produce more false positive results than mammography, MRI is a sensitive technology that can accurately identify early-stage tumors that are missed by mammography and ultrasound. Some research, in fact, shows that MRI identifies 50% more breast cancers than mammography or ultrasound. But this study shows that doctors need to tailor their recommendations to emphasize the importance of MRI while understanding a high-risk woman's potential opposition.