When an Apple a Day Can't Keep Worry Away

Understanding the persistence of follow-up fears

Susan, a NewYork-based writer, finished with breast cancer treatment six years ago. Since then, life has returned to normal. That is, until she has to go see her doctor for a check-up, which she does about every three months.

“I have my next appointment on the 25th, so I won’t start worrying about it full-scale until the first,” she explains. “But I know that it’s not going to be a productive month.” She worries about what her doctor will find.

Susan isn’t alone in her concerns, explains Elissa Bantug, Project Coordinator of the Breast Cancer Survivorship Program at the Johns Hopkins Sidney Kimmel Comprehensive Cancer Center and herself a two-time breast cancer survivor. “Studies show that upwards of 80% of survivors worry about recurrence,” she adds.

Recurrence isn’t the only concern. Some survivors worry about getting another type of cancer, feel like they’re losing control just when they were getting back into the driver’s seat of their lives, or remember the nausea of chemotherapy and feel their stomachs clench just by walking over the threshold of the hospital door.

These feelings can take a toll. For some survivors, simply seeing a doctor’s appointment loom in their datebook might lead to difficulty sleeping, poor appetite, mood swings or increased aches and pains, according to Cancer Council Victoria, a Melbourne, Australian-based nonprofit involved in cancer research, support and advocacy.

And, to some extent thanks to improved treatment, more and more people face these challenges. In the 1970s, less than 50% of people with cancer lived five years or more after diagnosis. These days, close to 70% of people with cancer live at least five years – and, partly as a result, the number of survivors has grown to about 12 million, according to CancerCare, a New York-based cancer support organization.

Not all cancer survivors have the same check-up schedule. The frequency of follow-up appointments varies by the type of cancer, the treatment received and the survivor’s overall health. And different doctors take the reins of post-treatment follow-up. Some women see their breast surgeons while others check in with their oncologists, gynecologists or even their internists. Some survivors are even followed by several physicians, such as an oncologist and a surgeon.

Whoever is overseeing the process, though, people usually go back every three to four months during the first few years and then once or twice a year after that, according to the National Cancer Institute. Some of these appointments just involve physical examinations and check-ins; others may require bloodwork, imaging (such as mammograms or sonograms), or other tests.

When the Calendar Makes You Nervous

Ann Fry, who finished breast cancer treatment about two and a half years ago, thought she would get calmer as time went on. She has found,unfortunately, that she has not. “I wasn’t so nervous at the beginning,” she says, explaining that she figured she was done with treatment and, therefore, done with cancer. But when she went for her two-year check-up, the doctor found a few suspicious spots; two turned out to be nothing, but the third was precancerous, and Fry ended up with a lumpectomy. She is less confident that her cancer story is over.

“Now, when I look at the calendar and see that I have an appointment with the doctor in a few days, I feel a twinge,” says Fry, who holds an MSW and is founder of iamathriver.com, a website geared to survivors. “On the subway on the way to the appointment, I’m nervous that the doctor is going to see something new.”

“Coming back from a life-threatening illness can be very hard, very traumatic,” agrees Bantug, speaking from personal experience. As a runner, she used to worry post-treatment whenever her legs felt sore, even though she knew it was more likely to be shin splints than tumors. Over time, though, she has become more secure in her health – and determined to help other patients find their ‘new normal.’ When Bantug was going through diagnosis and treatment, she felt as though she had to fight every step of the way; she became an advocate for women living with breast cancer as a result of her experiences. She wants to try to make it easier for others.

“You can point out that if someone spends a lot of time worrying about cancer that either they won’t have cancer – in which case they’ve spent a lot of time worrying for no reason – or they will have cancer – and they still wasted all that time,” Bantug reasons. “But you can’t just tell someone to stop worrying.” It simply won’t work. “It’s a matter of finding the right way to do it, finding something that works in your life, a way that is culturally sensitive and meaningful.”

So – to reference writer and professional optimist Dale Carnegie – how do you stop worrying and start living?

First of all, experts agree, it is important to get good information. Researchers at the University of Michigan Comprehensive Cancer Center found that women who report understanding the information about their disease and treatment better, women who receive more help with their symptoms, and those who have more coordinated care are less likely to worry about recurrence than women who lack these resources.

Beyond gaining information, Bantug emphasizes healthy living. “Get active and stay active,” she exhorts cancer survivors. “Eat healthy and don’t smoke.” Knowing that you’re doing everything you can to keep cancer at bay can help alleviate some of the fear, she explains.

Speaking as a healthcare provider as well as a survivor, Bantug explains that “it also helps to give people signs to look for – signs of recurrence or of a new cancer,” she says. Many people find that having something practical and proactive to do, such as regular breast exams, can stave off feelings of fear and anxiety.

And the research bears this out. “The challenge is to ensure women are aware of the signs of recurrence while not increasing anxious preoccupation with excessive worry. How much women worry about recurrence is often not aligned with their actual risk for cancer recurrence,” says Janz.

It can also be useful, Bantug points out, to have someone to talk with. “That can be a support group, a social worker or therapist – or even just a friend who understands,” she explains. “Try to find someone to connect with.” 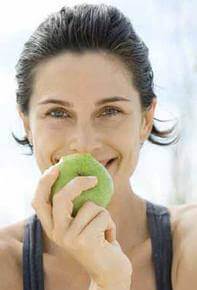 Fry agrees that support groups can be very helpful – they have been to her – but points out that it is important to find a good fit. If, for instance, everyone in the group is 30 years older than you, it might be hard to take comfort from the meetings.

Both Bantug and Fry agree that it is important to find someone who is a good role model. “Look at survivors who are doing well, who are thriving after cancer,” suggests Bantug.

Fry also has some very practical recommendations from her own life. “If I start to feel nervous, I go out, sit at a café, and have a glass of wine.” She tries to bring a friend – but even if no one is available, Fry will still go out. “I take myself to the movies, listen to music, or write for my blog. I try to distract myself in a positive way.”

Positive distraction was Fry’s approach even when she was in treatment. “The night before my lumpectomy, I went to a Christmas party. I didn’t eat or have alcohol, but I sipped a diet Coke and danced.” She was a little nervous as she walked to the subway to go home, she says, but at least she hadn’t spent the whole evening worrying. “I want to be living every day,” she says. She’s found this method works well for her.

At the same time, though, Fry thinks it is important not to deny your feelings. “If I have to cry, I cry,” she says. “I don’t pretend that the feeling isn’t there – I just try not to dwell on it.”

Bantug maintains, as well, that the passing of time can help survivors worry less about routine check-ups. “Time heals a lot,” she says.

“I am a firm believer that especially after cancer, you want to live every day as fully as you can,” says Fry. “I believe that if we let this disease beat us up, we’re hanging on by our fingernails,” she explains. “My major message is to live every day with purpose – love your children, love your mate, enjoy the work you do, take care of yourself and take pleasure in your life.”

This article was previously published in our Amoena Life magazine, the latest copy of which can be read online here. To make sure you hear about our new articles as soon as they're available, sign up for our e-newsletter.