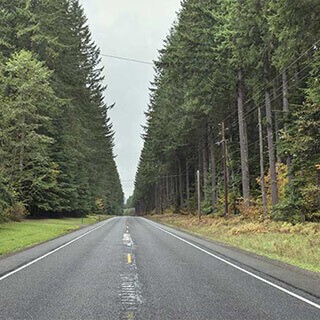 This October marks the 25th anniversary of National Breast Cancer Awareness Month (NBCAM). First Lady Betty Ford lent her voice to the cause in 1984, helping other breast cancer survivors find the courage to speak openly about their disease. Today, nearly 90 percent of women who are diagnosed with breast cancer will survive their disease at least five years.

What else was going on 25 years ago? Ronald Reagan was President. Virgin Airlines made their first flight from Gatwick to Newark, New Jersey. The age of personal computers was just taking off. The cell phone was a year old. IBM introduced its first portable computer, weighing in at just 30 pounds. The Apple Macintosh computer was introduced during Super Bowl XVIII, and rival Bill Gates appeared on the cover of Time Magazine.

Given the CDC’s dictate, the timing couldn’t have been better for the inception of Breast Cancer Awareness Month, allowing the subject of breast cancer to emerge from the shadows and whispers so long associated with this disease. For the most part, up until that pivotal moment, breast cancer was seldom a topic of conversation. Social taboos were still very much in play when it came to discussing a woman’s anatomy.

Flash forward. Today, breast cancer is the leading cause of death in American women ages 34 to 44. Once a disease almost exclusively reserved for postmenopausal women, breast cancer now strikes women in their 20s and 30s. Of the estimated 241,000 women in the United States diagnosed with breast cancer in 2007, approximately 24,000 were women under 45.

Another statistic of particular interest is the number of women who die from breast cancer each year. In 1984 the number was hovering around 40,000 – in 2008 the number remained nearly the same. Granted, over 50,000 more women were diagnosed with invasive breast cancer in 2008 than in 1984, due largely to improved screening methods and education. So the death rates are actually declining even though the numbers remain so similar. Unfortunately, these statistics do little to offset the fact that over the past 25 years more than 1 million women lost their lives to the disease.

Much Progress Has Already Been Made

So what strides have we made? And where are we going? According to Diane Blum, Executive Director of Cancer Care and a founder of NBCAM, “More women are surviving breast cancer, remaining disease-free, and living longer, healthier lives, thanks to early detection and improvements in treatment.”

“Other improvements include shifting away from hormone replacement therapy, which has been shown irrefutably to increase a woman’s risk of breast cancer. Additionally, a better understanding of the role of genetics in some forms of breast cancer is showing great promise. And the tremendous success of activists in raising awareness and funds for research must be acknowledged. All of these are remarkable and positive changes in the 25 years since we first launched Breast Cancer Awareness Month.”

Dr. Kenneth D. Miller is a practicing medical oncologist, and assistant professor of medicine and oncology at the Yale Cancer Center, Yale School of Medicine. He also serves as the director of the Connecticut Challenge Survivorship Clinic and of the Supportive Care Program at Yale Cancer Center. Dr. Miller feels we have made great strides in the availability of mammography, as well as more comprehensive screening methods such as ultrasounds and MRIs. He also feels improvements have been realized in other areas, saying, “We’ve made great inroads in determining who is at high risk and then creating prevention strategies. The use of Tamoxifen and Raloxifene has reduced the risk of breast cancer in some cases up to 50%. That’s a big advance. The use of adjuvant therapy, essentially identifying who is at risk of recurrence, and then based on a risk-based strategy, trying to find out how to reduce that risk, is also showing great promise. Early detection is a key. I believe targeted therapy will foster the next big advance in treatment.”

When asked for her take on 25 years of Breast Cancer Awareness, Dr. Susan Love feels adamantly that, “The success of Breast Cancer Awareness Month has been a double-edged sword. Women certainly are more aware and pink abounds in October; nonetheless, we still don't know what causes breast cancer or how to prevent it! Awareness only goes so far and then you have to get to work focusing on getting the research done to find the cure, but more importantly the cause of the disease. That is what has pushed me to launch the Love/Avon Army of Women," a growing cadre of more than 300,000 volunteer women who participate in breast cancer research.

Are we any closer to finding the cures? According to Diane Blum, “Our hope would be to find a way to prevent breast cancer. However, given that there are many different kinds of breast cancer; women will continue to be diagnosed with it, but with a higher probability of a cure. Finding a cure for any disease is a complex undertaking, requiring so many variables – including luck. We can increase our chances of finding a cure by identifying and supporting the most promising research, recruiting more women to participate in clinical trials and giving patients the care they need without delay. Certainly a lack of adequate health care and access to care are two stumbling blocks toward both preventing and curing this disease.”

What can the average woman do to move this process along? Says Blum, “Stay vigilant. Continue supporting advocacy organizations that promote and support research, get your family and friends involved, encourage every woman you know to get screened regularly, hold your elected officials accountable for the commitment they make to women’s health – all of the things we are doing so well now, we must continue to do with the same or even more energy.”

One compelling question begs an answer. Will we still be observing Breast Cancer Awareness Month in another 25 years?

Dr. Miller isn’t particularly optimistic in terms of an actual cure, telling us, “Unfortunately, I think we will still be observing this in 25 years. I think cancer in general is not going to be eradicated. There is an inherent risk in any person. We live in a global society. Even though we’ve made big advances in diagnosis and treatment, this has not been generalized to the world yet. That’s another horizon that’s important as well.”

“While there is not a cure,“ he continues, “many more women are living with breast cancer. Our goal is to help people to live with the disease, which is why I'm so involved in the field of cancer survivorship. It’s recognized that the treatment of breast cancer goes on for a few months, or a year, which is hopefully followed by survivorship. We need to emphasize the importance of ongoing surveillance. We need to be vigilant about looking for second cancers. Women also need to understand healthy survivorship in terms of exercise,nutrition and risk reduction.”

“I remain hopeful that in another 25 years we will have made great progress in understanding and treating breast cancer,” says Blum, “And that we can look forward to an anniversary in the near future where the death rate from breast cancer will have dropped dramatically, where it will no longer be among the leading causes of death for women.”

Dr. Love, still very actively recruiting women to participate in the Love/Avon Army of Women, hopes to have one million participants in the not too distant future. When asked if she thinks we’ll still be observing Breast Cancer Awareness month if she is able to get one million women involved in this research project, her response is a resounding and very heartfelt, “I sure the heck hope not!”