Turn and Face the Sun 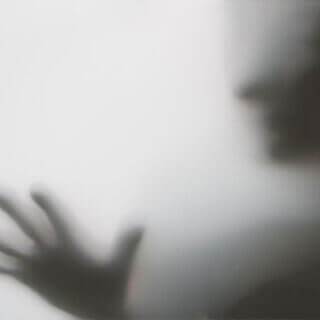 "Cancer is like a terrorist," noted a friend, after 9/11. "You never know when it's going to strike."

She's right. Especially, for us who have battled the disease. We're never given an official pardon from our physicians, no matter how positive our outcomes. The chance of cancer's return continuously looms over us.

I accepted the potentially fatal verdict better than I ever imagined. "Stage 2-B," announced one doctor; "Stage 3," estimated another. The cancer in my breast had already spread to my lymph nodes in just a few months.

"You're so brave!" gushed friends. "I would simply crawl in bed and die!" But you don't know how you'll react until you live through it. Then, you discover you're stronger than you realize.

Although scared, I determined I would take on this challenge with courage. I would face the possibility of death head-on. Added to my resolve was the tremendous support of caring physicians and medical teams, along with an entire community of well-wishers.

When you're going through a crisis, you tend to draw upon your strength for the fight.

After enduring chemo, surgery and radiation, I was applauded for my "strength," and "amazing attitude." But, don't get me wrong. I'm not fearless. Like cancer, fear seeped into my life, invading my false sense of security the moment I graduated to "survivor." Because no one could absolutely, positively, guarantee that cancer was eradicated completely. Cancer became my personal terrorist... it might or might not strike again.

Why did fear creep in after I battled cancer? My mother forewarned me about this. "When you're going through a crisis, you tend to draw upon your strength for the fight. Then, when you're out of the danger zone, you allow yourself to fall apart."

First, my fear played out in tangible ways. Would drinking a diet Coke bring back the dreaded disease? Breathing bus fumes or second-hand smoke? Eating produce that wasn't certified "organic?" Spraying on bug repellent before I stepped into the garden? I avoided everything with cancer implications.

Even more menacing were subtle thoughts that haunted me. Was the ache in my lower back due to overexertion from lifting weights, or cancer? Was my headache normal or a result of a newly formed tumor? Was my exhaustion due to my body's recovery, or something more threatening?

Every doctor's checkup brought with it a high degree of tension, as I waited for my results. Would they find something suspicious in my blood work? Would they feel a lump I missed? For the first time, I began fainting during mammograms. I couldn't seem to hold my breath without blacking out.

My fear moved beyond my own mortality. What if my husband's flight crashed? What if his car wrecked while commuting to work? Would this be the last good-bye kiss I savored from him? Should I save his voice message in case it was his final one? My mind conjured up deadly scenarios for other loved ones as well.

For death had now become a reality. Not just a concept in the far distant future. It was real and powerful and frightening. And cancer was its special agent.

So, how could I go about daily life -- keeping my enemy at bay -- while not resorting to a state of paralysis? After reflecting on my dilemma, I came to understand that people either choose to live their lives fully -- to face fear -- or give into their fears. Either way, you live a life, but at what cost? I know a couple who is afraid to fly, so they will never walk the streets of Europe. I choose to travel the world. A friend avoids swimming pools for fear of contracting a contagious disease. I prefer to immerse myself in cool water on a sweltering day. Another friend limits her diet because of multiple food phobias. I relish the taste of different cuisines. And while some questioned my judgment of taking horseback lessons at 45 years old ("Broken bones don't heal as easily at your age!"), I pursued a lifelong dream.

I realize that fear of cancer (and, ultimately, death) is now my constant -- though, uninvited -- companion. Fear lurks in the shadows, spying on my every move. But, I will continue living out my desires, despite its ominous presence. Because each day, I have a choice -- to give in to fear or pursue life. Despite all the inevitable scratches, bruises and scars -- and even more, the dangers along the way -- I choose life.