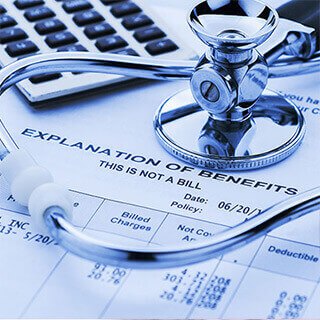 You Have to Do Your Homework if You Want the Right Answers!

Puzzled by what health care reform will mean to you? Well, you’re not alone, but here’s something you can take to the bank: If someone tells you they know all the answers, they’re delusional.

It’s difficult to remember anything in our lifetimes that has polarized America quite as significantly as the recent debates over, and changes to, what nearly everyone agrees was a flawed system. Yes, everyone knew it was flawed, but unfortunately, they simply couldn’t agree on a solution. The accusations, misinformation and confusion kept most of us shaking our heads (and some our fists) for the better part of two years.

Congress and President Obama took on the task of forging a series of laws designed to fix our dysfunctional health care system, all the while trying to keep everyone focused on the real issue – the fact that if we didn’t do something, this is yet another area where we are likely headed towards fiscal insolvency. It appears that no amount of finessing could make this bitter pill any easier for many Americans to swallow.

At just about the point it looked like reform would be pushed back yet again, on November 7, 2009 the Affordable Health Care for America Act passed in the House of Representatives. It would later evolve into the Patient Protection and Affordable Care Act which the Senate passed on December 24, 2009. It wasn’t much of a holiday gift though, because there was so much giving and taking, posturing and shaking, hardly anyone feels the American people got what they should have – regardless of which side of the issue they happen to support. Amidst much hype, hysteria and hyperbole, the Health Care and Education Reconciliation Act of 2010 became the law of the land on March 30, 2010.

A few of the act’s provisions went into effect immediately. However, the majority are being phased in gradually. A key provision, the first step toward eliminating discrimination against people with pre-existing conditions, went into effect just a few weeks ago (June 21st of this year [2010]). Additional laws will begin taking effect September 23rd, with full legislation planned to begin by January 1, 2018.

For anyone who hasn’t read this 906-page legislation, and it’s probably a safe bet that is most of us, here are a few things every cancer patient, survivor or family member will be interested in knowing:

Affordable health insurance will be available for everyone. The details on exactly what it will look like and how much it will cost are still being hammered out. Here is what is known: Under this program women won’t have to choose between keeping a roof over their head, buying food, or having a mammogram.

Suppose you find a lump in your breast but you’re out of work and you don’t have any health insurance. Do you have to wait until you find a job and qualify for their coverage? If this happens today, you may find yourself facing just that predicament. However, as of January 1, 2014, that sort of scenario should be a thing of the past. Medical coverage will not be contingent upon whether or not you have health insurance through your employer.

Additionally, in 2014, insurance companies will be prohibited from charging higher rates for policyholders based on pre-existing medical conditions. Raising premiums because a woman has had breast cancer will no longer be permitted.

In this same vein, beginning September 23, 2010, insurance companies are prevented from dropping current policyholders if they get cancer.

For existing health insurance plans (like the type you may have through your employer), co-payments for preventive care, screening, and annual checkups, will be eliminated as of January 1, 2018. This means women will no longer have to pay for mammograms. (Beginning in September of this year, any new private insurance plans will be prohibited from charging co-pays for preventive care and screening services.)

Under the new plan, dependent children can remain on their parents’ health care plans until their 26th birthday. While this may not affect you directly, if you are the parent of a young adult with cancer, this is good news. Until now, college students who got cancer and were forced to drop out of school also lost their parents’ health coverage. This often created a tremendous hardship for many American families who risked losing everything trying to save their child’s life.

Annual spending caps instituted by insurance companies are beginning to be phased out now, the goal being their complete elimination by 2014. Lifetime caps will be banned next year. This is promising news for patients with metastatic cancer, as well as those kept alive by exorbitantly expensive regular chemo treatments and drugs.

The Community Living Assistance Services and Supports Act (CLASS), a little-known part of the bill, offers long-term home-care insurance at an affordable cost for home-care services for disabled individuals. So anyone disabled by metastatic cancer, or as the result of cancer treatments, would be eligible for this service. It is estimated that premiums will range from $60 to $100 a month, while the benefit available would be from $50 to $75 a day for a home health provider to assist with daily activities.

The yearly deductible for insured individuals will be capped at $2,000 for single individuals, and $4,000 for families. There are still some gray areas regarding this provision (i.e. special exceptions may apply), but it’s a step in the right direction for anyone who has been paying hefty deductibles as well as high premiums.

Here’s an interesting development, effective this September, anyone using an indoor tanning service will pay a 10% tax each time they tan. The thought being, if they choose to significantly raise their risk of developing skin cancer, it’s only fair to help pay in advance for the possible future consequences of that choice.

As of next year, 50% of what is sometimes called the Medicare “donut hole” (Part D) is disappearing. This is designed to help seniors who struggle to pay annual drug costs (in excess of $2,700 but below $6,155), leaving them with a tad more money in their wallets. Seniors who hit the donut hole in 2010 will get a $250 rebate.

By 2014, the law will prohibit new insurance plans from refusing to cover an individual’s expense for participating in a clinical trial for cancer or another life-threatening illness. Insurers will also be prevented from denying normal health-care coverage to individuals who choose to participate in those clinical trials.

There are portions of this new health care bill some cancer survivors may not be all that happy about, a few of these include:

Drug manufacturers are guaranteed 12 years of exclusive use of their biologic drug patents before generics can be made available. Avastin and Herceptin are examples of breast cancer biologic drugs currently in wide use. Both of these drugs are expensive. Avastin can cost a patient upwards of $20,000 a year. Avastin’s patent doesn’t expire until 2017; Herceptin’s in 2019. This means the cost for both of these critically needed drugs will remain high for several more years. This also applies to the cost of any of the new cutting-edge biologic cancer drugs currently in development.

In 2011, Flexible Spending Accounts (often called Flex plans or FSAs) will be capped at $2,500 for the medical portion (which is far below what many pay out-of-pocket each year for drug co-pays, lymphedema sleeves and so forth).

As of 2014, if you itemize deductions on your yearly tax return, the qualifying medical expenses deduction will increase from the current 7.5% of earned income to 10%.

Health care reform does come at a cost for everyone – and it isn’t something that can be measured in dollar figures. It requires each of us to do our homework. In order to reap as many benefits as possible, everyone needs to know what does and doesn’t apply to them. And it behooves each of us to know what is true and what isn’t. The following are just a few links to assist in obtaining more information.

The Washington Post has an excellent interactive tool showing how the legislation will benefit different categories of people in various income brackets.

The Kaiser Family Foundation provides an excellent side-by-side summary of the legislation (PDF) which may help you to answer questions about what is actually in the bill.

There are two independent fact-checking organizations, www.politifact.com and www.factcheck.org, both providing accurate data to counter the misinformation being spread by proponents and opponents alike. Politifact offers the top ten facts to know about health care reform.

Factcheck has created a summary of what they call the malarkey about health care. These sites take issue with inaccurate information from both sides of the argument, providing people with an opportunity to evaluate for themselves what is and isn’t accurate.

If you are interested in taking a look at the government’s blog regarding healthcare, you can follow this link: http://www.healthreform.gov/forums/blog/blog.html. This is one way you can be sure you are getting your information straight from the horse’s mouth. Whether you bet on that horse is up to you.