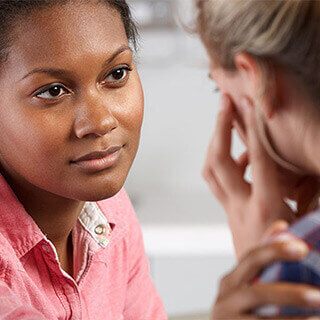 Researchers at Ohio State University’s Comprehensive Cancer Center found that a psychological intervention program designed for breast cancer patients reduces the risk of dying if the cancer recurs. In addition, women in the counseling program who passed away after recurrence survived longer after diagnosis.

This Phase III study builds on earlier research which found that women who participated in psychological counseling reduced their risk of dying from breast cancer by 56 percent after an average of 11 years. They also were found 45 percent less likely to have a breast cancer recurrence compared with those who did not participate in the counseling.

The long-running study began in 1995 and has followed 227 women surgically treated for Stage II or Stage III breast cancer. All patients received their regular medical treatments, but only half were enrolled in a year-long psychological intervention program.

During their group counseling sessions, the women learned how to reduce stress, how to enhance communication with doctors, family, and friends, how to improve health through exercise and diet, and how to facilitate recovery during medical treatment and subsequent side effects.

The study’s findings were significant. Among the women whose cancer returned, those participating in the counseling program had a 59 percent reduction in risk of dying from the disease compared with those who did not take part. Sixty-two women of the 227 studied did have a breast cancer recurrence and were studied an average of 11 years after their original diagnosis. Of those who died after recurrence, women in the psychological intervention program survived an average of six months longer (2.8 years after diagnosis vs. 2.2 years for those in the assessment group).

Intervention patients also showed higher levels of three key markers of immune system function after 12 months: natural killer cell cytotoxicity and Con A and PHA blastogenesis, according to the study.

“The immune system is very powerful, but it needs a lot of help to fight cancer,” said study co-author William Carson III, professor of surgery and associate director for clinical research at the Comprehensive Cancer Center. “Anything we can do to help the immune system is a bonus, and the intervention program may be one way to do that.”