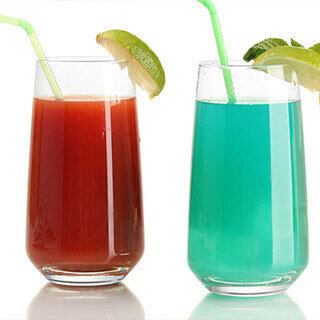 Experts have long suspected alcohol to be a breast cancer risk factor, and new research suggests it’s most strongly linked to certain breast tumor types. According to a recent study, regular consumption of alcohol raises the risk of developing lobular and hormone receptor-positive breast cancer. It does not appear to be linked to invasive ductal carcinoma risk, which accounts for about 70 percent of all breast cancers.

The researchers observed 88,000 postmenopausal women aged 50 to 79 who were participating in the Women’s Health Initiative study between 1993 and 1998. Of those women, 2,944 developed invasive breast cancer and were the focus of this study. The women did report how much alcohol they consumed, ranging in groups from “never” to “not anymore” to numbers of drinks per week. This information was not updated during the study.

"It was a little bit surprising that for the most common type of breast cancer, ductal breast cancer, we didn't find any association with alcohol," said study lead author Dr. Christopher Li, a full member at the Fred Hutchinson Cancer Research Center in Seattle. "It was really restricted to lobular cancer, where the magnitude of risk was much stronger than what we see for breast cancer overall."

While “no one factor in particular is going to cause breast cancer in itself," says Dr. Gretchen Kimmick, an associate professor of medicine at Duke University Medical Center, it is an important reminder to women.

Dr. Jay Brooks, chairman of hematology/oncology at Ochsner Health System in Baton Rouge, La. says, "I think that women should be counseled that [drinking alcohol] does increase risk of breast cancer. Women should be advised, but she has to make a decision."

Read the full study in the August 24 issue of the Journal of the National Cancer Institute.

Excerpts and further information can be found in Business Week and Medical News Today.