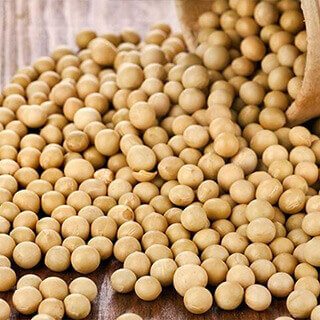 When researchers first began studying why women in Asia had lower rates of breast cancer than women living in the United States, soy seemed to be the obvious explanation. Asians, after all, consume far greater amounts of soy products than Americans. Soon health gurus were recommending American women eat more tofu, drink more soy milk, and take a daily soy supplement. Grocery store shelves offered new products that included soy protein and soy flour. Some experts cautioned against the new love affair with soy, noting the lack of data supporting claims of its benefit, and noting many other differences between Asians and Americans, including overall weight, lifestyle and even the type of soy consumed (while Asian women eat more whole soy foods, American women eat more processed foods with lower soy content).

Later studies of lab rats found that soy acts like a weak estrogen and actually fuels hormone-positive tumor growth. Doctors began advising their breast cancer patients to avoid soy products, which were believed to interfere with tamoxifen or other anti-estrogen treatments and could increase the risk of recurrence. Soy moved quickly from the list of so-called wonder foods to items that breast cancer patients should avoid. New research from the large-scale Shanghai Breast Cancer Survival Study in China might return soy to the list of beneficial foods for patients and survivors.

When researchers followed 5,042 Chinese women for four years, they found that soy reduced the risk of breast cancer recurrence or death from the disease. The more soy foods that were included in a woman’s diet, the greater the benefit. Results were the same, whether participants were pre- or postmenopausal, had ER-positive or ER-negative tumors, or if they were taking tamoxifen or not. We need more study to confirm these study results, but this particular research is important because of its size, and it is only one of two to have actually studied the effects of soy outside the laboratory.