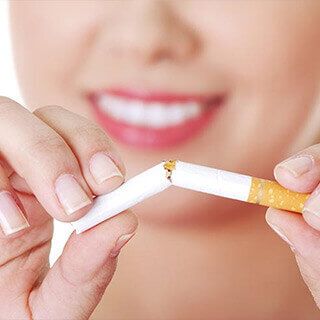 A study of 2,265 female breast cancer patients has shown that current and past smokers have a dramatically increased risk of breast cancer progression and death.

Even though smoking has not yet been proven a direct cause of breast cancer, tobacco use increases mortality among women who already have the disease, says lead study author Dejana Braithwaite, Ph.D., an assistant professor in the Department of Epidemiology and Biostatistics at the University of California, San Francisco. She went on to say that current and former smokers “had a 39 percent higher rate of dying from breast cancer, even after we took into account a wide array of…clinical, socioeconomic, and behavioral factors.”

Researchers found that the adverse effect of smoking on breast cancer survival was highest among those with HER2-negative tumors, a body mass index below 25 kg/m2, and postmenopausal status.

The study also showed that tobacco users had a doubled rate of dying from non-breast cancer causes than women who had never smoked. In evaluating breast cancer-related deaths and unrelated deaths among the women, Dr. Braithwaite and colleagues factored in other clinical, socio-demographic, and lifestyle-related factors.

This study seems particularly important because previous studies on smoking and breast cancer mortality were either small in size, reviewed only past cases, or did not differentiate by breast cancer type. This study followed women from northern California and Utah for nine years, included a relatively large sample size, and included women from multiethnic backgrounds along with other factors.

Summarizes study researcher Christopher I. Li of the Fred Hutchinson Cancer Research Center in Seattle: “Certainly, the association between smoking and breast cancer is nowhere near as strong as the association between smoking and lung cancer, but breast cancer may be another disease to add to the long list of serious health issues related to smoking.”

More information about the study can be found through the University of California, San Francisco website and at Medscape Today.