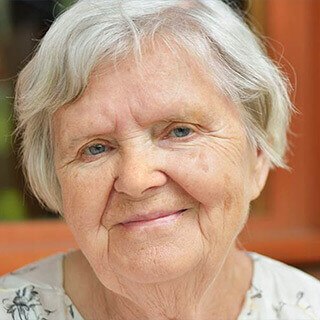 According to a new study, breast cancer patients over age 60 with small, early-stage tumors can skip hormone therapy without worrying about an increased risk of death.

This type of therapy can have significant side effects, however, leading researchers to study whether women with small tumors and a low risk of cancer spread are really benefiting. According to the American Cancer Society, two out of three breast cancers are these so-called ER-positive tumors.

In the study, researchers followed 3,197 women ages 35 to 74 with hormone receptor-positive tumors with no lymph node involvement. They did not receive traditional hormone therapy given to most women with their tumor type.

After 15 years, scientists found that women over age 60 with tumors 10 millimeters or less had no increased risk of death than the general population. In addition, “The identified low-risk group had fewer local and distant cancer recurrences than patients not belonging to this group,” said Christiansen.

For women with larger tumors 11-20 millimeters in size, the risk of dying was higher. Younger women aged 35 to 59 also experienced a heightened risk of death when they skipped hormone therapy.

This new study “confirms what we know, but leaves a lot of questions as well,” says Jennifer Griggs, an associate professor of internal medicine at the University of Michigan. “Not everyone needs systemic [hormone] therapy, but the question we are stuck with is, ‘who does?’”

It seems that the greatest benefit of hormone therapy is helping prevent recurrences in the affected breast, as well as the opposite breast. Many women will want to take the therapy for these reasons, despite side effects like hot flashes and joint pain.

Griggs advises women who question whether they should take hormone therapy to consider a three-month trial. After assessing the side effects, the woman can then decide whether to remain on the treatment for the typical five year span.

The complete study was published in the August 31 issue of the Journal of the National Cancer Institute. Additional information about the risks of hormone therapy is available at ABCNews/Health. To learn more about hormone therapy for breast cancer, visit the American Cancer Society.