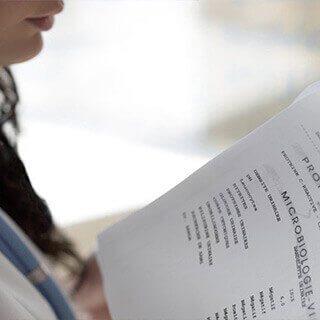 According to a Science Daily article appearing in June of this year, researchers at the Department of Obstetrics and Gynecology of the Medical Center – University of Freiburg have developed an approach for detecting breast cancer by means of urine samples.

The method involves determining the concentration of molecules that regulate cell metabolism that are often dysregulated in cancer cells. These molecules, referred to as microRNAs, enter into the urine over the blood. By determining the composition of microRNAs in the urine, the scientists were successful in determining if a test subject was healthy or diseased.

Currently, doctors must rely on mammography or ultrasound to detect breast cancer, confirming their diagnoses with tissue sample biopsies. However, it is well known that these methods have been subject to recurring criticism due to radiation exposure and erroneous results, in addition to being invasive (and often unnecessary and uncomfortable) methods. Now there is hope that could change.

During the study, researchers measured urine concentrations of nine microRNAs (short genetic sequences that regulate cell metabolism). What they discovered was that only four of the nine molecules exhibited significant differences in concentration between healthy and diseased test subjects, so those were the ones on which the team focused.

The study included 24 healthy test subjects and 24 women who had recently been diagnosed with a breast tumor, either in stage 1, 2, or 3. Hopefully, if further research confirms this study’s results, it may finally provide an accurate, yet simpler and less invasive way of detecting breast cancer in women.

Lead author, Dr. Elmar Stickeler reported, “We discovered that the microRNA profile in the urine is modified in a characteristic way in the urine of test subjects with breast cancer. MicroRNAs should thus be suitable in principle for a breast cancer test.”

The scientists have already applied for a patent for the method. Using urine is not only less invasive, it doesn’t require blood or tissue samples, and it requires only a few milliliters of urine. As Dr. Stickeler points out, “That makes the process of making a diagnosis very attractive for continuous measurements, for instance to monitor the success of treatment.

“Our method could encourage more women to undertake an examination of this kind, enabling us to detect breast cancer earlier,” says Stickeler. “The earlier breast cancer is detected, the better we can treat it.”