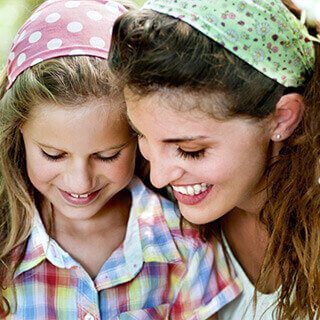 Breast cancer is a family affair. While only one member of the family actually goes through surgery and treatment, everyone has to deal with tough emotional challenges and lifestyle changes. We talked to three women who are wives and mothers as well as breast cancer survivors. Here are their firsthand insights into issues many women face when returning to family life after breast cancer surgery.

In Sickness and In Health

In 1997, Joni Greene was a 38-year-old, single mother of four when she met a terrific man. Seven months later, they were married. And seven months after that, she found a lump in her breast that led to a bilateral mastectomy. Eventually, Joni also went through chemotherapy, hormone therapy, and radiation therapy as well as several other surgeries, including brain surgery to remove a tumor later found there.

"Breast cancer is a family affair. While only one member of the family actually goes through surgery and treatment, everyone has to deal with tough emotional challenges and lifestyle changes."

It's hard enough to mix five children, including her husband's grown daughter, into a newly blended family. It's a herculean task when a serious illness complicates the picture right away. But that's exactly what Joni and her husband, Jim, have done. In fact, they have since adopted a sixth child, the daughter of Jim's niece who died in 2000 of Hodgkin's disease. Today, Joni has been in remission for over a year, and she is happily raising her family and working with autistic preschoolers as a teaching assistant.

Yet despite the happy ending, Joni doesn't pretend that her family life has always been a fairy tale. "My husband is a good man, and he was there for me no matter what," says Joni. "But communication was hard at first, because Jim is naturally quiet. At the same time, I was scared to approach him about how he felt. And I guess I was so wrapped up in me, me, me for a while that I didn't realize how much he was hurting, too." Joni credits Jim's religious faith with helping carry him through the crisis. In addition, Joni made a conscious effort to overcome her self-doubts, while Jim pushed to get past his natural reticence. Says Joni, "Now we can talk comfortably about the cancer and our feelings."

Physical intimacy was another hurdle for the newlyweds to cross. "After the surgery, I had to let my husband know I had no feeling in my chest," says Joni. "Stimulation there had been my biggest turn-on before losing both breasts. But we make up for it by cuddling, kissing, and finding other ways to be close."

Today Gerry Stacy is a hotline counselor in Yorba Linda, California, for the Y-ME National Breast Cancer Organization. Ten years ago, however, she was the 45-year-old mother of a 10-year-old daughter and an 8-year-old son when she was diagnosed with breast cancer. Gerry says many of her memories from around that time are lost in a haze of shock and disbelief. But she has one clear recollection from the day of her diagnosis: "My son asked me, 'Are you going to die?'" Of course, that was the number one question on her mind and her husband's, too. Yet Gerry felt her young son needed reassurance, not grown-up doubts, so she found the strength to offer it. "I told him I really believed everything was going to be okay. I said I felt God didn't want me yet."

To further help her children cope, Gerry took them to a support group for the children of cancer patients. It was there she learned about the dark cloud looming in her daughter's mind. Says Gerry, "My daughter knew my mother had died of breast cancer, and now I had been diagnosed. She made the statement that she knew she was going to get it, too." Once again, Gerry felt reassurance was the first order of business. "I told her that just because I had the disease didn't mean that she would." Once the initial crisis had passed, there was time to discuss risk factors and the need for extra vigilance.

Jackie Moll is a 65-year-old grandmother now, the busy co-owner of the Second Silhouette mastectomy boutique in Houston. Twenty-two years ago, though, she was the 43-year-old mother of four when she underwent a mastectomy, followed by chemotherapy, radiation therapy, and, ultimately, another mastectomy. Suddenly, the family caregiver had to learn to receive some loving care in return. "My husband and the kids, who were 7 to 14, banded together to take care of me," Jackie says. "They cleaned the house and cooked their own breakfasts in the morning. And my friends and neighbors were wonderful. I never went to a single treatment where I didn't have people there with me."

Before long, Jackie was back at the helm of her bustling household. She says, "Family life was hectic with kids, school, housework, and everything else. I had to get well quick." But one key to her success was knowing how to accept help graciously when she needed it, especially during the difficult days of chemotherapy and radiation therapy. Her advice to other women undergoing breast cancer treatment: "Be open with people about what you need." And let those who love you lend a hand when necessary with cooking, cleaning, shopping, child care, and the like. You'll feel better—and so will they.