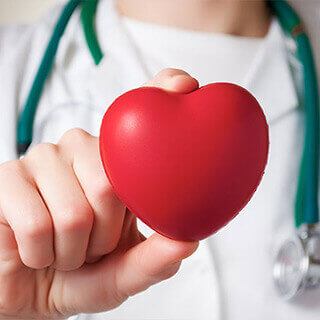 While radiation therapy for decades has been widely accepted as a breast cancer treatment, women should understand all the risks before deciding on this therapy option.

Heart disease researchers in France have found that the risk of heart disease in breast cancer patients may be increased decades after radiation is complete. This new study, conducted by the Gustave Roussy Institute, is among the first to look at the effects of radiation therapy over time. It observes breast cancer patients from the 1950s to the 1980s who received radiation treatment, when doses of radiation were significantly higher than those used today.

Initially the findings showed that 30 years after treatment, women who had received radiation were no more likely to have heart disease or stroke than other, untreated women. However, when researchers took into account the age at which women died, those who had been radiated died from heart disease at between one and a half and two times the rate of women who hadn’t been treated with radiation. Age of death is important because in some cases, the effects of radiation on the heart are thought to take 10 to 20 years to show up.

Additionally, women radiated on their left breast – where it’s harder to avoid radiation to the heart – were more likely to die of heart disease than women who underwent radiation on the right breast.

The good news is that it’s possible that similar effects will not be a problem for women being treated with radiation therapy today, as current radiation levels are much lower than they were 30 years ago. But doctors say they won’t really know the long-term effects for another 10-20 years. This makes it difficult for patients and physicians to make informed treatment decisions.

For more information about the link between heart disease and radiation therapy, read this article from Reuters, or see our feature article about heart health.