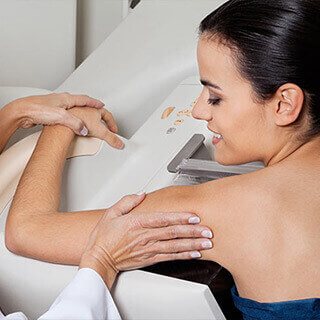 In a study of nearly 11,000 women with early breast cancer, those who added radiation therapy to their treatment plan following breast-conserving surgery reduced their risk of cancer return and disease mortality.

The benefits of radiation seem to be greatest in the first two years after treatment. In the first year, the risk of recurrence is 60 percent lower in women who get radiation, compared with women who don’t. In years two to 10, the effect continues, but isn’t as strong.

When it comes to breast cancer mortality, the opposite pattern seems to hold true. With little effect seen in the first year, marked results emerge the second year and last at least a decade.

With these reductions even larger than expected, doctors like study leader Sarah Darby, Ph.D., a professor of medical statistics at Oxford University in England, say the findings reinforce the message that radiation has substantial benefits. And it seems younger women with fast-growing tumors benefit the most. “Older women with slow-growing tumors still benefit, but not as much. The younger a woman is, the more she benefits.”

Still, radiation isn’t without its own risks and side effects. During treatment, many women become fatigued, and transient skin reactions can occur. These reactions are often compared to bad sunburn. And since some healthy tissue is exposed to radiation during treatment, there is “some risk, although very small,” of getting a secondary cancer or radiation-induced heart or lung disease, says Lynn Wilson, MD, vice chair of therapeutic radiation at Yale University School of Medicine. “But the risks are small compared to the benefits.”

More information about this topic is available at Science Daily, WebMD, and womenshealth.gov.