Paxil and Tamoxifen May Be a Hazardous Combination 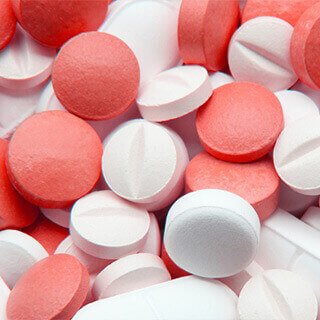 For some time, researchers have suspected that certain antidepressants may reduce the effectiveness of tamoxifen. A study presented at the 2009 annual meeting of the American Society of Clinical Oncology reported that breast cancer patients who took tamoxifen and Paxil, Prozac or Zoloft, three commonly-prescribed antidepressants, had twice the risk of recurrence as women who did not take the antidepressants. Now a more recent study shows that Paxil blocks the effectiveness of tamoxifen, and women who take both drugs appear to be at greater risk of dying from breast cancer.

Tamoxifen is widely used to treat hormone-positive breast cancers. It works by blocking the estrogen that fuels tumor growth. While tamoxifen is effective, women who take it often suffer from a variety of undesirable side effects, including hot flashes, for which doctors often prescribe Paxil or other antidepressants.

In the most recent study, researchers reviewed the medical records of 2,430 breast cancer patients who took tamoxifen for an average of about four years. About one in four women also took Paxil—on average, participants took the antidepressant about 41 percent of the time they also took tamoxifen. Researchers estimated this drug overlap caused one extra breast cancer death in every 20 women. Although some of the women in the study took Zoloft and Celexa, Paxil was the most widely prescribed antidepressant, and the only one that was found to increase the risk of death from breast cancer when combined with tamoxifen.

Paxil appears to interfere with the way tamoxifen works. Although none of the women took Wellbutrin and too few took Prozac for adequate study, both of these antidepressants are similar to Paxil, leading the study authors to conclude that it may be wise to avoid antidepressants altogether while taking tamoxifen. But all antidepressants are not the same and may not affect tamoxifen in the same way. Effexor, for example, works differently in the body, but reduces hot flashes as effectively as Paxil.

If you are using an antidepressant while being treated with tamoxifen, talk to your oncologist about your treatment and if you should switch to a safer alternative.