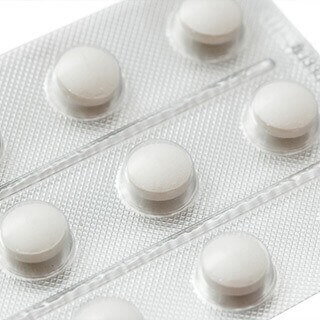 The American Society of Clinical Oncologists (ASCO) recently announced an update to their guidelines regarding hormone-based breast cancer drugs. After a systematic review of medical research on the subject, they reported that among postmenopausal women with hormone receptor-positive breast cancer, adding an aromatase inhibitor during the course of post-surgery treatment results in a lower risk of cancer recurrence than use of tamoxifen only. New guidelines recommend, therefore, that all postmenopausal women with this type of breast cancer use aromatase inhibitors either before or after tamoxifen.

Every year roughly 200,000 women in the United States are diagnosed with breast cancer and many of these will be a type called hormone receptor-positive, which means the cancer’s growth is stimulated by the circulating female hormones estrogen and/or progesterone. Tamoxifen, which has been a mainstay of breast cancer treatment for decades, works by blocking the action of estrogen on cancer tumors that are estrogen-receptor positive. Aromatase inhibitors, a more recent entry into the field, are drugs that reduce the amount of estrogen produced in the body.

Though the two work differently, the studies reviewed by the ASCO panel found that when an aromatase inhibitor was added to treatment post-surgery, there was a reduced risk of cancer returning in the same breast, occurring in the opposite breast or spreading elsewhere in the body compared with tamoxifen alone. It is important to note that aromatase inhibitors are only effective on postmenopausal women.

"This is actually reinforcing clinical practice," said Dr. Crystal Denlinger, assistant professor of medical oncology at Fox Chase Cancer Center in Philadelphia. "In general, for postmenopausal women, we are offering them aromatase inhibitors based on the single studies that have been referenced [in these guidelines] and what has already been reported in national meetings."

At this time, three aromatase inhibitors are on the market: Arimidex (anastrozole), Femara (letrozole) and Aromasin (exemestane). The ASCO panel found no significant differences between the three brands.