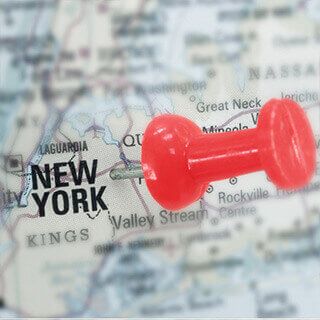 Whether or not a woman chooses to have breast reconstruction following a mastectomy can be largely impacted by where she initially seeks treatment, show the findings of a new study. The difference between a small private practice versus a large hospital, having a plastic surgeon on the treatment team, and being fully informed by doctors of available financial options could increase the rates of breast reconstruction.

The researchers found that use of mastectomy over breast-conserving lumpectomy varied little by surgeon - with women typically receiving the more aggressive surgery. When it came to breast reconstruction, however, only about one-third of women who undergo mastectomy go on to have breast reconstruction. The study found that 31 percent of the variation could be attributed solely to how often the patient’s surgeon talked to a plastic surgeon prior to initial surgery.

“Our results suggest that [the breast reconstruction] discussion can be quite different depending on where a patient gets initial treatment,” says lead study author Steven J. Katz, M.D., M.P.H., professor of internal medicine at the University of Michigan Medical School and of health management and policy at the U. M. School of Public Health. “Patients may get a different story from different surgeons, and this depends largely on whether a plastic surgeon is on the treatment team from the get-go. Plastic surgeons are the ones with the expertise to explain the increasingly complicated procedure options.”

The State of New York is equally adamant about physicians informing all breast cancer patients of their breast reconstruction options. A new state law will require New York hospitals and doctors to discuss the options for breast reconstruction with their patients before performing cancer surgery, to give them information about insurance coverage, and to refer them to another hospital, if necessary, for the reconstructive surgery.

Congress guaranteed universal coverage for breast reconstruction after cancer surgery in 1998. But Dr. Evan Garfein, the plastic surgeon at Montefiore Medical Center who authored the bill, said that only 30 percent to 40 percent of the women who had mastectomies now received breast reconstruction. Garfein said the number would be closer to 75 percent if more women were informed of their options. Another reason the numbers are so low may be the lack of plastic surgeons outside of large academic medical centers, while another may be financial. Medicaid pays about $11,000 to $15,000 to the hospital, and $540 to the surgeon, according to Montefiore.

“Breast reconstruction has been repeatedly shown to improve the quality of life and overall well-being of women who have been treated for breast cancer,” says Garfein. “This new law will ensure that breast cancer patients from all socio-economic groups are informed about their options regarding breast reconstruction and about where to get the procedure.”

Excerpts and further information can be found at NewYorkTimes.com,

Read more about the study at the University of Michigan Health System’s website.