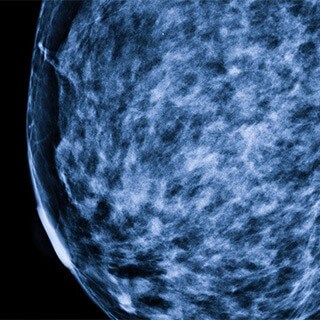 While mammography reduces the risk of breast cancer among healthy women, scientists have found it does not detect as many new malignancies among women with a history of the disease.

Pooling data from several United States cancer registries, researchers measured the number of cancers detected among women within a year of a first screening. They found that women previously diagnosed with breast cancer had almost three times as many tumors discovered. However, the sensitivity of the mammograms in identifying growths in these patients was about 65% compared with 76% in women without cancer.

According to study co-author and Seattle Group Health Research Institute investigator Diana Miglioretti, there are several reasons why mammograms are not as effective for breast cancer patients. She explains that breast cancer survivors typically are extra careful about looking for future growths, and probably are doing more self-exams. Women finding new cancers this way would count as being missed by mammography, lowering the sensitivity of the screen.

Another assumption is that x-ray based mammograms tend to pick up more ductal carcinoma in situ (DCIS), or localized tumors, than invasive cancers. The tests simply are better at finding calcifications associated with DCIS than the more deeply-embedded invasive tumors. Also, breast cancer survivors are more likely to develop metastases, which are more invasive, which could also explain the screen’s weaker sensitivity among previous patients. Still, she says, breast cancer patients should continue to get regular mammograms, along with even closer evaluation of their breast tissue.

“Women need to remain vigilant, and go see their doctor if they are concerned about changes in their breast,” she says. “Some groups of women who have dense breast tissue, or are younger, are more likely to have interval cancers. We don’t know why mammography is missing these cancers, but the next study will need to look at possible alternative screening strategies for these women.”