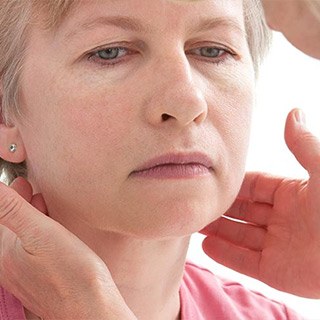 A new study indicates that the surgical removal of multiple cancerous lymph nodes in early breast cancer patients may cause more harm than good. Reversing the long-held belief that aggressive cancer treatment is always best, these findings mean that many women can keep the lymph nodes under their arms without worrying it will increase their chances of a cancer recurrence or spread.

Removing under-arm lymph nodes has been a traditional breast cancer treatment, says Grant W. Carlson, MD, an Emory University breast cancer surgeon. “That thought probably lasted over 50 years, [before] we realized that a lot of cancers spread through the bloodstream first, or at the same time they are spreading through the lymph nodes, and that removing the nodes isn’t curative in and of itself.”

In fact, physicians in recent years have been moving away from the more radical surgery and instead following a more conservative approach, helping minimize complications to patients and maintain the quality of their lives. Removal of the lymph nodes from the underarm area can sometimes lead to infection, painful lymphedema, stiffness, numbness, and swelling.

The study, published in the February 9 issue of The Journal of the American Medical Association, showed that women had about the same five-year survival rate – 92 percent – whether they had additional lymph nodes removed or chose the nonstandard approach of not getting further surgery in conjunction with lumpectomy and radiation.

Before making any decisions about treatment, patients should consult with their medical team about the best option for their particular situation.

Much more information about this groundbreaking study is available online. Start by reading this article in the Los Angeles Times and reviewing information on WebMD and The New York Times.