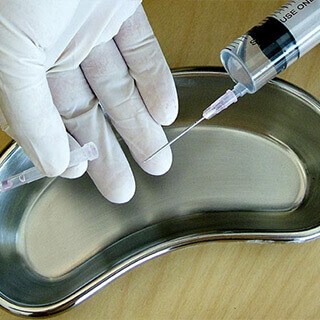 A “game-changing” study by the Swiss drug maker Novartis has shown that its kidney-cancer drug Afinitor also works to slow breast cancer’s progression.

The study followed women with breast cancer that had spread after treatment, and found that Afinitor more than doubled the time until their tumors further grew or spread. The trial involved 724 women with an average age of 62 for whom hormone therapy was no longer working. Those receiving Afinitor had a median delay of 6.9 months until their disease worsened, compared with 2.8 months among women who received only Aromasin. Side effects were mild, and included mouth ulcers, anemia, and shortness of breath. The trial ended early because its goal was met sooner than expected.

According to Jose Baselga, study leader and a Harvard Medical School professor and chief of hematology and oncology at Massachusetts General Hospital, “I don’t recall a study in this patient population that had this magnitude of an effect. It’s pretty exciting.”

Novartis plans to apply for regulatory approval this year to sell Afinitor as a breast cancer treatment, and expects it to reach the U.S. and European markets by the end of 2012. European regulators are likely to quickly approve the drug, while the U.S. Food and Drug Administration may wait for longer-term data on whether Afinitor prolongs survival. This is expected in part because of last year’s move by the FDA to pull breast cancer drug Avastin after longer-term studies showed the drug increased side effects without prolonging survival.

Afinitor currently is approved in the United States to treat cancers of the kidney and pancreas, as well as non-cancerous brain tumors. It works by blocking a protein called mTOR that some cancer cells require to grow and multiply.

Novartis also is testing the drug in other forms of breast cancer, as well as lymphoma and stomach and liver cancer.

Visit the Afinitor website for more information about the drug. This Fox News article is one of many taking an in-depth look at the link between Afinitor and breast cancer.