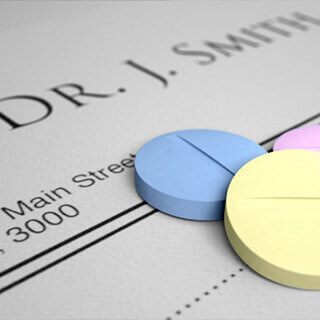 Researchers on Wednesday, Feb. 18, 2015 announced a good news story for patients with advanced HER-2 positive breast cancer. A “cocktail” of three breast cancer drugs has shown itself to be so effective, on average it’s buying patients an extra 16 months of life. These results are so unusual doctors have rushed to make it a standard therapy.

Although she was not involved in the trial, Dr. Jennifer Keating Litton of the University of Texas MD Anderson Cancer Center says, “I can’t think of something that improves survival by this much. Often, we debate over changing practice for something that extends survival by a few months, so 15.7 months that is so impressive. And really that’s exactly what I see in the clinic.” Litton also told NBC News this is even becoming a standard of care in early cancers.

The combination includes two drugs made to go together by California-based Genentech. They are monoclonal antibodies, which are lab-engineered antibodies that hone in on tumor cells. One is Herceptin, originally made to fight HER-2 breast tumors, which account for about 20 percent of breast cancer cases. The second is called Pertuzumab, brand name Perjeta, and it was designed to complement Herceptin. The third drug in the combination is the standard chemotherapy drug Docetaxel.

A study of about 800 patients with metastatic HER-2 positive breast cancer showed that the drug combination slowed the tumors and kept the women alive longer, on average 16 months longer, than Herceptin and Docetaxel alone. The women survived, on average, nearly five years, compared to the usual lifespan of two to three years.

The combination is approved for women with advanced breast cancer, and Swain says a trial is now going on to see if it works for women with earlier-stage breast cancer, right after surgery to remove the tumor. “It is our hope it would actually cure patients in that setting,” Swain told NBC News.

For the moment, there are reasons for caution since the regimen costs nearly $10,000 a month and Perjeta adds to the side-effects. “You do have an increase of diarrhea and rash, and it’s expensive,” Swain said.

In an email statement, Susan Wilson a spokesperson for Genentech said, “We provide a number of services to help people having trouble accessing our medicines, including providing free medicine to people who do not have insurance, are under-insured, or are rendered uninsured due to payer denial. We also provide assistance with co-pays.”

These findings were reported at a European cancer conference last year and were published this week in the New England Journal of Medicine.