Half of Breast Cancer Patients Likely to Discontinue Treatment Early 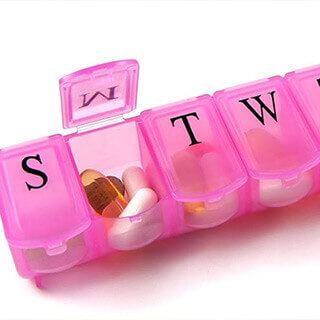 Despite the risk of relapse and fatality, half of breast cancer patients do not take their medications for the recommended period of time, according to a study published June 29 in the Journal of Clinical Oncology. Uncomfortable side effects, lack of insurance, plans for pregnancy, or focusing on their children rather than themselves are the top reasons women stop filling their prescriptions.

The study focused on 8,769 women who were diagnosed with Stage I, II, or III hormone-sensitive breast cancer. In addition to surgery and radiation, many of these women are prescribed tamoxifen, aromatase inhibitors, or both. According to Patricia Ganz of the University of California – Los Angeles, these drugs, which prevent estrogen from stimulating tumor growth, can reduce the risk of relapse by 40 percent and cut the risk of death by 10 percent.

Yet, the study found only 49 percent of the women took the hormonal therapy pills for at least 4 ½ of the recommended 5 years. Women younger than age 40 were the most likely to discontinue treatment.

Doctors were not surprised the younger women were the least likely to complete therapy. Eric Winer of Boston's Dana-Farber Cancer Institute points out young women are more likely to be caring for children as they go through treatment, making it harder for them to focus on their own health. And, because women should avoid pregnancy while taking the drugs, the medication can disrupt plans to have children.

Study author Dawn Hershman of Columbia University Medical Center understands why some women discontinue their prescriptions. "Five years is a long time," she says. "As you move further out from your diagnosis, it becomes a distant memory. Some women don't want to be reminded." She also notes that side effects – including hot flashes, sleep issues, and mood changes – can be severe.

Regardless of the reason, however, Hershman says women should never stop taking a prescription without first talking to a doctor.

This article excerpted from USA Today and Medical News Today.