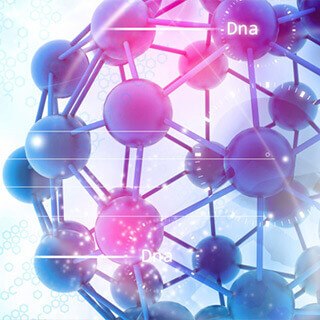 In August of this year, a report in the New England Journal of Medicine focused the breast cancer community’s attention on a study run through the international PALB2 Interest Group, a team of researchers from 17 centers in eight countries led by the University of Cambridge. In this study, funded by the European Research Council, Cancer Research UK and several other international sources, scientists analyzed data from 154 families without BRCA1 or BRCA2 mutations, discovering 362 family members with the PALB2 gene mutations.

Previous data had indicated that mutations in PALB2 were linked to breast cancer and although many genetic tests already screen for them, it had not been clear to what extent these mutations raised a carrier’s odds of developing the disease.

What they discovered is that women who carried rare mutations in PALB2 were found to have, on average, a one in three (35%) chance of developing breast cancer by the age of 70. What they also learned was their risk was highly dependent on a family history of breast cancer, where carriers with more relatives affected by breast cancer, were at higher risk.

"If a mutation carrier has a strong family history, the risk would go up to about six in 10 by age 70," said senior study author Marc Tischkowitz, a researcher with the department of medical genetics at the University of Cambridge.

Additionally, the study found no significant geographic variations in its prevalence. The researchers note that larger studies are needed to detect such differences, as well as to assess the role of lifestyle and hormone use on breast cancer risk in PALB2 mutation carriers. Breast cancer risk depends not just on genes, but on how they interact with the environment. The researchers remind us that only a very small percentage of women worldwide carry such mutations.

In fact, only about one in every 1,000 women carries the PALB2 mutation, said study co-author William Foulkes, director of the Program in Cancer Genetics at McGill University's Center for Translational Research in Cancer, located in Montreal.

BRCA1, BRCA2 and PALB2 all play an important role in the repair of damaged DNA. "PALB2 interacts with BRCA2, and acts as a kind of a bridge between BRCA1 and BRCA2," Foulkes explained. Mutation of any of the genes impairs the body's ability to fix broken DNA, which can lead to cancer.

"It's not common, but the risks are significant," Foulkes said. "Particularly for a woman with a strong family history of breast cancer, they may want to find out if they have this mutation."

Foulkes added, "Genetic tests for breast cancer already include PALB2 in their panel. In the past few years, it's become easier to test for a package of genes at once," he said. "Women who have had a genetic test should go back and check their records. They may have been tested for PALB2 already and not even know it."

PALB2 was first linked to breast cancer in 2007 with the discovery that it can interact with both BRCA1 and BRCA2. As is true for women who carry mutations in BRCA1 or BRCA2, younger women with PALB2 mutations tended to be at a higher risk of developing breast cancer than those born earlier. While this relationship is still not clearly understood, the researchers speculate that it may be related to factors such as later age at first childbirth, smaller families and better surveillance leading to earlier age of breast cancer diagnosis.

The data also indicated that women with the PALB2 mutations were slightly more likely to have “triple negative” breast cancer — a form resistant to hormone treatment, more aggressive, and more likely to reoccur than other subtypes.

According to Dr Tischkowitz, "Since the BRCA1 and BRCA2 mutations were discovered in the mid-90s, no other genes of similar importance have been found and the consensus in the scientific community was if more exist we would have found them by now. PALB2 is a potential candidate to be 'BRCA3'. As mutations in this gene are uncommon, obtaining accurate risk figures is only possible through large international collaborations like this.”

"Now that we have identified this gene, we are in a position to provide genetic counselling and advice. If a woman is found to carry this mutation, we would recommend additional surveillance, such as MRI breast screening."

Official guidelines do not recommend screening for breast cancer genes in most women, only for those with a family history of the disease. Dr. Tischkowitz feels that such women should consider testing for PALB2 mutations if they are negative for BRCA1 and BRCA2 mutations.

Dr. Roger Greenberg, an associate professor of biology with the Abramson Family Cancer Research Institute at the University of Pennsylvania School of Medicine in Philadelphia, feels this new study provides the first solid evidence regarding the breast cancer risk associated with PALB2.

Greenberg also notes that armed with this knowledge, women with a PALB2 mutation can talk with their doctors about whether they should undergo a mastectomy to reduce their breast cancer risk, since such surgery has been shown to reduce cancer risk by 90 percent. "She can better make that decision based on the likelihood she could get cancer," says Greenberg. "I would frame it as a very relevant question for PALB2 carriers."

Although she was not involved in this study, Dr. Anees B. Chagpar, the director of the Breast Center at Yale-New Haven Hospital, finds the work impressive but cautions that other factors must be considered in evaluating a woman’s risk.

"This has to be tailored to the patients, who may have other mutations and varying family risk," she said. "With no family history, the increase they found is 35 percent. If you have two or more family members with cancer, they found a risk of 58 percent."

Shortly after the PALB2 study came to light in August, http://www.breastcancer.org  shared information about other gene mutations that may also contribute to breast cancer:

Finding out whether you have an inherited abnormal gene requires a special test, and the results are separate from the results in your pathology report. A genetic counselor may order testing for an abnormal PALB2, ATM, p53, CHEK2, PTEN, CDH1, RINT1, MRE11A, RAD50, or NBN gene if it's determined from your personal or family history that these tests are needed.

Since there is evidence that cells carrying the PALB2 mutation are sensitive to a new class of drugs known as PARP inhibitors (clinical trials are presently underway in BRCA1/2-related breast cancers), it is possible that these drugs would also work in PALB2-related breast cancer. Again, more study is necessary to make a determination.

Dr. Antonis Antoniou from the Centre for Cancer Genetic Epidemiology at the University of Cambridge adds: "Knowing the key genes that significantly increase cancer risk and having precise cancer risk estimates ultimately could help assess the breast cancer risk for each woman and allow better targeting or surveillance."

Professor Peter Johnson, Cancer Research UK's chief clinician, said: "We're learning all the time about the different factors that may influence a woman's chances of developing breast cancer. This particular mutation doesn't make people certain to develop cancer, but it's another piece of information to help women make proper informed choices about how they may help to minimize their own risk."