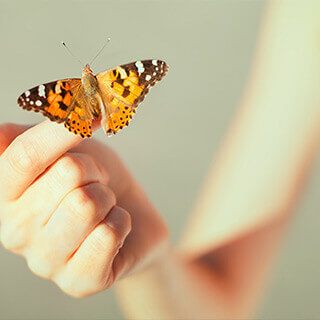 Why women choose a lumpectomy or a mastectomy,

Roughly 200,000 new cases of breast cancer are diagnosed in the U.S. each year. Thanks to the increased prevalence of self-examination and mammography screening, physicians are detecting breast cancer earlier in its formation. In fact, over 80 percent of newly diagnosed breast cancer patients are in the early stages (stage 0, 1 or 2).

Early detection has implications for surgical options, since most of these women will have surgery as part of their treatment. This means the vast majority of newly diagnosed breast cancer patients are likely candidates for breast conservation therapy (BCT), the least invasive surgical option.

The lumpectomy procedure consists of only the lump and surrounding area removed, preserving the majority of the breast. The 1980s brought considerable advances in lumpectomies and other forms of BCT, and have been increasingly utilized in the U.S. Lumpectomies typically require 5 to 7 weeks of radiation therapy following surgery. Research has shown that the combination of lumpectomy-plus radiation therapy has equal long-term survival rates as a mastectomy.

Even with equal results, though, half of breast cancer patients who are eligible for a lumpectomy undergo a mastectomy instead. Why? Studies over the past 20 years have shown several key factors influencing the use of mastectomy over lumpectomy/radiation therapy, including:

Although these major drivers promote mastectomies, lumpectomies are increasingly the preferred option today. For the most part, women choose lumpectomies over mastectomies in order to preserve their natural breasts as long as they can.

However, it needs to be stressed that a mastectomy is still a good option for treatment—and it often comes down to a woman’s personal choice. Such is the case with the following breast cancer survivors, who were eligible for either surgical options and chose one over the other. Here’s why:

Kim, 48 years old, who is celebrating her 10th year of being cancer-free, is a third generation survivor. Her grandmother had a radical mastectomy in 1958, and mother underwent a modified radical mastectomy in 1978. Almost 20 years later, Kim opted for a lumpectomy. "Although I was okay with removing my breast if I had to, it was really cool waking up and having some of my breast left on my chest.”

Libby also chose a lumpectomy. “We were assured that since I had such early stage breast cancer that indeed a lumpectomy would be completely sufficient to get rid of all of the cancer. Ironically, I had to go back three days after my original lumpectomy to have more removed because my surgeon didn’t feel, based on the returned lab report that she had gotten enough of a ‘margin.’ I must say that was a bit traumatic for me and my husband, but we knew we were in good hands, so that made it a bit easier to handle. It was three years this past January since my diagnosis and treatment and I’m fortunate enough to say that I have had no further problems and remain cancer-free. And every day of life now is the greatest gift.”

Kathy agrees with her lumpectomy decision. “After doing as much reading and research as I was able to find, I moved on to talk with my doctor, with friends--some of whom had lumpectomies and others who had complete mastectomies--and also my contact at City of Hope, which is a cancer research hospital. In everything, I was able to discover with my kind of cancer and tumor, there was no research that indicated any significant benefit to have a mastectomy. I felt, and still do feel, very comfortable with my decision.”

Lynn, on the other hand, chose a mastectomy. “I was diagnosed with DCIS, non- invasive cancer. The lumpectomy would have removed 20-30% of the breast tissue because of the location near the middle and at the back near the breast plate. There would be no guarantee that future lumpectomies would not be required in other areas as the entire breast showed clusters of calcification.

“I decided on a mastectomy in order to have reconstruction with minimal scarring. A series of lumpectomies would have made a future reconstruction difficult in my case. This turned out to be the best decision for me since DCIS was found in other areas and I would have lost this breast anyway.

“I have had excellent treatment and have no problems with either surgery (mastectomy and reconstruction).”

Leanne also chose a mastectomy over lumpectomy. Now 36 years old, Leanne was 26 when she was diagnosed. “I first underwent a lumpectomy, but my surgeon was not comfortable with the results of how ‘clean’ my margins were near the chest wall. He gave me a choice as to whether to proceed with a mastectomy or not, and I asked his advice. He said if it were his daughter, he would recommend a mastectomy.

“However, my other surgeon who was to perform the mastectomy tried to caution me—he wanted me to be really sure of my choice in going through with the total removal of my breast when I was so young. So, I had conflicting opinions from my physicians about what route to take—but that’s often the case when you have cancer. Ultimately, the choice was mine.

“I was getting married in a few months and wanted eventually to have children and see them grow up. That was the deciding factor for me. As young as I was, I felt it was more prudent to have a mastectomy. I didn’t want a recurrence of cancer two years later and then have to go through chemo. Now, I have three beautiful children and I nursed them all with my one breast. This year will mark 10 years since my fight with cancer, and I consider that a real victory. You can’t put a price on your peace of mind.”
Find us on Facebook
Join us on Facebook and stay up to date with Amoena news, views and products, plus daily updates on the topics that matter most.
Join Us