The Fog is Lifting, Understanding and Managing Chemo Brain 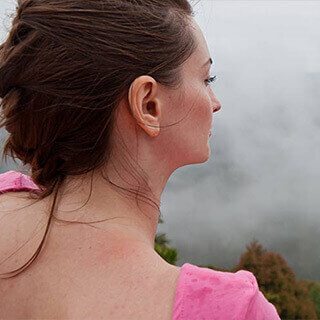 Cookie Aftergut loves to tap dance, so she was very excited to get back to her cherished hobby when she completed her chemotherapy treatment for breast cancer. But something was different. She found herself struggling with even the shortest, most simple routines—not physically, but mentally. “With tap dancing, you always have to think two or three steps ahead, and I had trouble remembering the steps I had to do,” she explains. She kept at it, however, trying to tune out her puzzling problems on the dance floor. It wasn’t until she was having a conversation with her husband one day that her eyes were opened to what may be going on.

“I was talking to him, and he had this silly grin on his face,” she recalls. “He said to me, ‘You said the same thing this morning, word for word.’ I couldn’t believe it. No one had mentioned anything to me before. And I started to think about other things, like when I would get in the car to go to the dry cleaners and forget the dirty shirts. It made me wonder if I had dementia.”

Fortunately, that was not the case. Instead, Aftergut was experiencing something that more than 80 percent of breast cancer patients report suffering from, according to a study conducted by researchers at the James P. Wilmot Cancer Center at the University of Rochester. Unbeknownst to her, she was exhibiting the classic symptoms of Chemo Brain—a condition that you might not be familiar with yourself.

When Aftergut completed her breast cancer treatment eight years ago, there was very little information available about the cognitive issues that cancer patients experience during and after chemotherapy. In fact, the term “Chemo Brain” was coined by patients in the breast cancer community to try and describe the feeling of being in a “mental fog,” which often appears when treatment begins and can last for months or even years after chemotherapy has been completed. And, as the American Society of Clinical Oncology reports, the “fog” is accompanied by an array of additional symptoms, including:

Because these symptoms can be caused by any number of illnesses or conditions, from depression to menopause, physicians and oncologists initially were quick to dismiss them or attribute them to the rigors associated with undergoing chemotherapy. However, in recent years, the medical and scientific communities have started to acknowledge Chemo Brain as an actual condition and are working to learn more about it, especially since the number of breast cancer survivors continues to rise and more women are experiencing persistent—and sometimes debilitating—cognitive after-effects of their treatment.

While virtually every cancer patient experiences some short-term memory loss and difficulty concentrating during rounds of chemo, the symptoms typically dissipate over time. The key to unraveling the mystery behind Chemo Brain is to figure out why some cancer survivors—between 15 and 20 percent of the country’s 2.4 million female breast cancer survivors—continue to live with the “fog” for such a long time after they have finished treatment. Early research points to very high doses of chemotherapy as a main culprit. Additionally, recent research conducted by the University of Rochester Medical Center and Harvard Medical School pinpointed 5-fluorouracil (5-FU), a widely used chemotherapy drug, as a possible biological cause for the enduring nature of the cognitive side effects; through the study, 5-FU was linked to a progressing collapse of populations of stem cells in the central nervous system. As more research is done, scientists and medical professionals hopefully will get closer to a definitive answer that will benefit not only survivors who are currently coping with Chemo Brain, but also future patients who are facing their own breast cancer journeys.

Until that time, Aftergut, who is the founder of Chemoflage, an educational program that is designed to offer immediate help to women who are undergoing cancer treatment, recognizes acceptance as the first line of defense against Chemo Brain. “It is real. It does happen. It is common. And you have to learn to deal with it,” she says. “You have to challenge yourself to cope and find strategies that will help you combat the symptoms.”

To start, Aftergut recommends sharpening your cognitive skills with activities like crossword puzzles and Sudoku. “You have to keep your brain and your mind active—this can be very helpful,” she explains, adding the caveat that it is important to stick to things you are familiar with. She muses, “It’s probably not the best time to try and learn a new language.”

The cancer “thriver” also offers a few simple tips and strategies for keeping frustration at bay when coping with Chemo Brain:

Most importantly, though, Aftergut reminds breast cancer patients that Chemo Brain, while sometimes long-lasting, really is a temporary condition—one that she did conquer more than a year after she completed her treatment. While you wait, don’t forget to use one of your most powerful weapons: a sense of humor. “Humor and laughter are the best medicine,” Aftergut observes. To this day, she still manages to find the funny in her own experience, especially when she has a momentary lapse of memory. She concludes with a chuckle, “I’m still milking my Chemo Brain!”

Amy Meadows is a veteran freelance feature writer and president of Green Meadows Communications, LLC. She has written over 1,000 articles for local, regional and national consumer and trade publications and contributed to more than a dozen hardcover pictorial books published about cities and communities around the country. Meadows also has worked on a variety corporate projects over the last decade, helping companies large and small craft a host of marketing materials. Learn more at www.greenmeadows.cc .