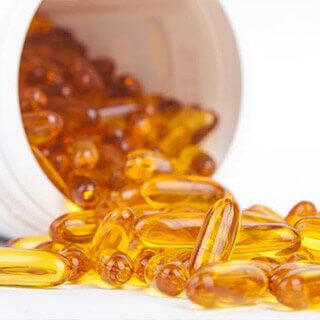 Most women probably have taken a vitamin or herb supplement at some time in their lives, such as gingko biloba for memory loss or melatonin for sleeplessness. Now those who regularly take fish oil supplements (often to decrease risk of heart disease) may find they inadvertently have been protecting themselves against breast cancer as well.

In July’s Cancer Epidemiology, Biomarkers and Prevention, researchers reported results from a massive study of postmenopausal women which found a link between fish oil and a lower risk of breast cancer. These findings came about as part of the Vitamins and Lifestyle (VITAL) study in which women in western Washington filled out questionnaires regarding diet, exercise, supplement intake and overall health.

Study coauthor Emily White, an epidemiologist at the University of Washington and the Fred Hutchinson Cancer Research Center in Seattle, analyzed data from surveys of more than 35,000 postmenopausal women ages 50 to 76 who did not have breast cancer at the study outset. Those who reported regularly taking fish oil supplements at the start of the study had a 32 percent reduced risk for developing invasive ductal breast cancer, compared with women who did not take fish oil supplements.

White could not quantify the supplement doses consumed by each woman because “current use” was defined as any amount taken. “Most women used it four to seven days a week,” White said. A typical supplement dose is equivalent to a third of a serving to a serving of fish a day.

And while the study’s results are encouraging, Bette Caan, PhD, a senior research scientist at the Kaiser Permanente Northern California Division of Research in Oakland, says she “would not recommend that people start taking fish oil specifically to prevent breast cancer because the data is just not there yet; but if they are taking it for other reasons, they should continue.”

Though how fish oil affects breast cancer risk is not yet fully understood, it may be related to its strong anti-inflammatory properties. Harvard Medical School researchers are beginning a five-year randomized trial to examine the effects of fish oil and vitamin D on the risks of cancer, heart disease and other issues.