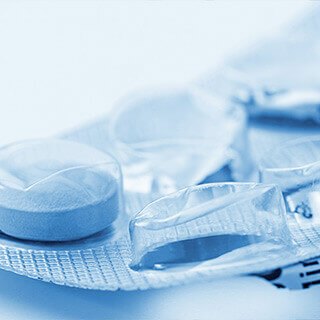 A nationwide study suggests that giving estrogen receptor-positive (ER+) breast cancer patients estrogen-lowering drugs prior to surgery could increase their chances of being able to choose a breast-conserving lumpectomy instead of a full mastectomy.

The study observed 352 postmenopausal women diagnosed with ER+ breast cancer, the most common form of breast cancer in the United States. The women all were at stage II or III, meaning tumors were about one inch or larger in size and may have spread to lymph nodes under the arm.

Participants' tumors were monitored before and after receiving a 16-week regimen of aromatase inhibitors, also known as estrogen-lowering agents. Estrogen stimulates the growth of ER+ tumors. The three aromatic inhibitors which were randomly assigned were exemestane (25 mg daily), letrozole (2.5 mg daily) or anastrozole (1 mg daily). No significant difference in effectiveness was found among the three drugs.

“Aromatase inhibitor therapy shrank the tumors in many of these women and improved surgical outcomes,” said study chair Dr. Matthew J. Ellis of Washington University School of Medicine in St. Louis. “These results will encourage a change in practice across the country so that more women can benefit from the currently underutilized approach of administering estrogen-lowering agents before surgery.”

Dr. Ellis will present the findings of the study, which was sponsored by the American College of Surgeons Oncology Group, at the group's annual meeting on June 7th.