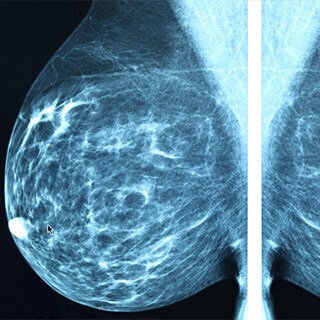 The U.S. Preventive Services Task Force (USPSTF) caused a national uproar in November 2009 when it recommended fewer mammograms for women. Based on its analysis of previous study data, the task force determined that over a 10-year period, mammograms save only one life for every 1,900 women in their 40s who are screened, and proposed the following changes for women of average risk:

Women, doctors and most breast cancer advocates strongly disagree. The American Cancer Society, for example, stated it will ignore the USPSTF recommendations.

At the heart of the controversy is a question experts have been debating for years: when should routine mammograms begin for women younger than age 50? No one disputes that mammography saves lives. It is the best tool we have to find breast cancer when it is most curable, but it is also an imperfect technology. Mammograms identify breast cancer in about 15% of women in their 40s, but it fails to find many other breast cancers and identifies false positives that cause anxiety and require biopsies. It finds more tumors in women over 50, simply because risk increases with age and older women’s breast tissue is more effectively screened than the dense tissue of younger women, which tends to look like cancerous tissue on a mammogram. But it’s easy to understand why women under 40 staunchly support their routine screenings. Their tumors are often more aggressive and harder to treat, so the prognosis is generally better for a 40-something woman with an early-stage breast cancer than a tumor that is found 10 years later.

This latest controversy over mammograms probably won’t be the last. And while most organizations have no intention of changing their screening recommendations, it’s a good idea to talk to your doctor about the benefits and risk of having a mammography in your 40s compared to waiting until age 50.

Read the USPSTF recommendations and the American Cancer Society's response.