Delight at the End of the Tunnel 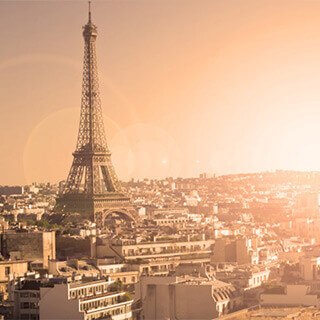 I started thinking about possible names while I was still recovering. I played with everything from Geneviève and Françoise, Laverne and Shirley, FiFi and Veronique, Thelma and Louise. Heck, I even toyed with Frick and Frack. I knew before the “twins” arrived, I was going to make the best of a trying situation and give them names assured to provide strength, purpose and a sense of humor.

Right out of the box (and an elegant box it was, I might add, because they came from Amoena) I settled on christening them Geneviève and Françoise. Since my surgery has delayed my much hoped for (and needed) birthday trip to Paris, I felt like I’d be one step closer if I opted for French names. I mean, seriously, if Geneviève and Françoise can’t make it to the City of Lights, who can?

And for anyone who has ever worried about being able to tell identical twins apart, fear no more! These girls are so interchangeable I don’t ever have to fret about who’s who. Geneviève is just as happy tucked into the bra pocket on my right side as on the left.

Françoise is equally adaptable. So far they haven’t played any tricks on me, although I know they both must have a sense of humor because... (wait for it) they keep hanging around.

Even I realized I needed to take baby steps both in terms of my recovery and when introducing Geneviève and Françoise to the world-at-large. To show just how sensible I am, I decided our first outing would be a nice, long walk. The girls made this excursion seem effortless and took everything in stride. There were actually a couple of times where I had to check to make sure they were still with me, because I forgot all about them.

It wasn’t long before I’d taken them out to dinner, to a movie, to yoga class – even swimming. I’m telling you, these youngsters catch on fast. And they are so well-mannered! I left them home one day because I was going to get weighed, and they never said a word, although I do think I caught Françoise giving me “that look.”

When I took them shopping, I had to apologize repeatedly to Geneviève (or was it Françoise?) because not only are they youthfully and ever so believably firm, they like to sit up a bit higher than my former girls, so when my upper arm would brush against them, I’d feel a bit startled, like whoa, what climbed into my shirt? Luckily, in no time flat, (or perhaps in this case, no time full would be more appropriate) they had settled in and we all felt completely normal.

And speaking of shopping, since their arrival, I’ve saved a ton on new clothes because shirts that formerly gaped, dresses that were just a bit too snug in the bodice, even tee shirts that were a tad too tight, now fit perfectly. And on the flip-side, when I do go shopping my choices are greatly enhanced. The twins are particularly fond of clothes that show off our new silhouette and continually convince me to try things I couldn’t wear before. They really do seem to like to stand out in a crowd.

I am determined not to let my bilateral mastectomy define me in negative ways, which means I continue looking in earnest for tactics to make the journey just a bit less daunting. I had an aha moment recently where I thought wouldn’t it be fun to treat the twins sort of like the travel gnome? You know, that happy little icon that now gets his picture taken all over the world. This idea originated in one of my all-time favorite movies (which just happens to be French) called Amelie.

Since I have neither the financial resources nor the spare time to take the twins everywhere I’d like to go, I thought it might be entertaining to give the travel gnome a run for his money. The next time you are headed off to some exotic locale, make sure to snap a picture, because I’m convinced we all have adventures and travels post-surgery that would not only be entertaining to track in photos, but that will definitely prove life goes on, often in bigger and better ways than it did before!

In the meantime, I’m hoping to take Geneviève and Françoise to Paris next April. In preparation, they are trying to convince me to eat snails. Don’t tell them, but I toss these out when they aren’t looking. I’m trying to persuade them to wear berets and they are adamant about why this won’t work. We do agree on many things, however, like chocolate, wine and baguettes. We also share an avid dislike for mimes – although I haven’t the heart to tell Geneviève and Françoise that, if it weren’t for their disdain, they would be naturals. I’ve never heard either of them say a word!

And when I mention that I’m just a bit nervous about flying because of the possibility of developing lymphedema, they remind me that they have some great friends called Lymphedivas® who would love to travel with us. Talk about glamorous.