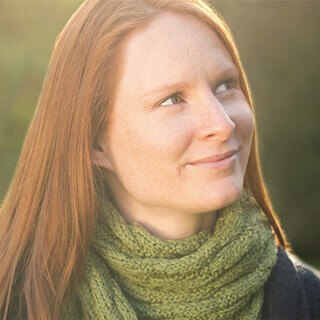 Pat Sewell from Macon, GA visited the surgeon who had previously removed a non-cancerous lump in her breast in 2002. Pat wanted to get a referral for a surgeon close to home who could perform a prophylactic mastectomy and refer her to a plastic surgeon for reconstructive surgery. Pat’s mother had been diagnosed in 1980 with breast cancer at the age of 63. She had a mastectomy because it was the only choice, followed by cobalt and radiation. In 2002, Pat’s sister, who is 9 years older than she, was diagnosed with breast cancer. She had a lumpectomy followed by radiation.

The two diagnoses, Pat’s mother and sister, left her thinking that perhaps a prophylactic mastectomy is the path she should take in the prevention of breast cancer. “I think that not having to worry about every inconsistency in my breast and never knowing if what I am feeling is unusual will be a relief”. Pat’s pathology report had showed her non-cancerous lump had the potential to eventually become cancerous. She has taken Tamoxifen ever since to help reduce the risks.

Prophylactic breast surgery, also known as a preventive mastectomy, is usually performed on one or both breasts in an effort to prevent or reduce the risk of breast cancer. The procedure is controversial in the medical community and many physicians feel that it is not appropriate unless it is performed as treatment for breast cancer.

Prophylactic breast surgery can reduce the risk of breast cancer, however, no one can be sure that it will protect a woman completely. Sometimes it is impossible for a surgeon to remove all breast tissue; therefore breast cancer can still develop in some of the remaining tissue. The chances, however, are significantly reduced. A study conducted by Lynn C. Hartman, MD of the Mayo Clinic in Rochester, Minnesota and her colleagues found that a prophylactic mastectomy reduces the likelihood that a woman will develop breast cancer by at least 90% (1). “I am realistic enough to know that just having this measure will not save me from getting some form of cancer, but for me it is one less body part to keep healthy.” says Pat.

All women are different so each woman needs to consider her own unique risk factors when considering a prophylactic mastectomy. “There are some who think that I am making a drastic decision. To those who do not face my odds, I see their point. Ultimately, I must do what is right for me. Until you have lived with the questions and fears that I have, you cannot know if this is the right decision or not”, says Pat. The surgery is an irreversible procedure. You should consult several physicians and counselors beforehand. Studies have shown that most women that opt for prophylactic breast surgery were satisfied with their procedure (2).

“I have been contemplating this for a while and have read a number of articles. I did some research and found that both the initial operation and reconstructive surgery is covered by my insurance as a ‘preventative measure’ for those who are at high risk," said Pat. Not all insurance companies cover these procedures. It is important that you check with your insurance company to see if the procedure costs would be covered.

Genetics counseling and testing may be performed prior to prophylactic breast surgery. Pat opted not to receive genetics counseling or testing, however, she says, “My insurance would cover it if I chose to. I think I was afraid of what I might find out so I decided not to participate in either.” Some insurance companies may require it before actual surgery.

Ms. Althaus states that genetic testing would include the nurse taking one tube of blood that is sent to Myriad Genetic Laboratory, which is the only lab in the US that performs genetic testing. It generally will take 3 weeks for the results.

The cost would include fees for two appointments (which vary from site to site) and the test. Generally this is around $3,000.00. This may or may not be covered by your insurance company. Inquire about your plan’s coverage.

“Women who come in for counseling have many different emotions. About half have already been diagnosed with breast cancer, and want testing to understand why they developed breast cancer, and to know if they are at increased risk of a new cancer in remaining breast tissue or their ovaries. Other women have been affected by the early onset of breast cancer in their mothers and can be very fragile during the whole process. Counseling is truly an integral part of genetic counseling”, says Ms. Althaus.

If you are considered high risk, here are some questions to ask yourself. You may wish to consider prophylactic breast surgery after weighing all your options.

When asked about how she thinks she will feel about her body after the prophylactic mastectomy, Pat responded by saying “My husband of 27 years is my greatest support system. He knows my fears and I think he was much more afraid for me when I had my scare in 2002 then he let on. The relationship we share after all these years runs much deeper than the physical aspect. Our children are grown and we have looked forward to spending this time focused on one another. He knows that fat or thin, flat-chested or buxom, I am still the same person I have always been.”

(1) The study, “Efficacy of Bilateral Prophylactic Mastectomy in Women with a Family History of Breast Cancer”, published Jan. 14, 1999, The New England Journal of Medicine.

This article was originally posted in 2004. Since then, of course, prophylactic mastectomy has become much more common, but is still a life-changing decision. We recommend you visit FORCE (Facing Our Risk of Cancer Empowered), Bright Pink, and the National Cancer Institute for the most up-to-date information.