Consider Voluntary Simplicity: For Your Life 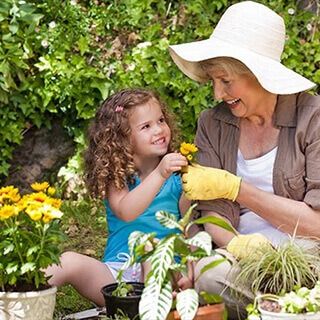 It was 11:30 pm and Sybil Wermert, exhausted, was just getting home from yet another long work day. Her children were asleep. Her husband, groggy from his weekly business trip, sat on the floor clumsily assembling toys. It was Christmas Eve. "I'm never doing this again," Sybil vowed to herself.

A few months later, she resigned from her job after the promise of a big bonus evaporated. She took the summer off and, through voracious reading, came upon a concept that changed her life: voluntary simplicity.

Though new to many, voluntary simplicity has origins as far back as the time of Jesus. Thoreau whispered of its power and our grandparents applied its practicality. Just recently the likes of Oprah, The Today Show, and PBS's Wanda Urbanska have sung its praises.

According to The Simple Living Network, "voluntary simplicity has just about as many definitions as there are individuals who practice it. Simple living is not about living in poverty or self-inflicted deprivation. Rather, it is about living an examined life -- one in which you have determined what is important, or 'enough,' for you, discarding the rest." The website simpleliving.net explains: "This way of life embraces frugality of consumption, a strong sense of environmental urgency, a desire to return to living and working environments which are of a more human scale, and an intention to realize our higher human potential -- both psychological and spiritual -- in community with others."

Voluntary simplicity is “Living in a way that is outwardly simple and inwardly rich,” says Duane Elgin, author of Voluntary Simplicity and the Living Universe.

Practically speaking, voluntary simplicity can be expressed in a number of ways from the smallest act to a major life reconstruction. Plant a garden. Turn off lights. Stay home for a week. Build an ecologically friendly home. Move to the country. Pursue dreams. Play board games with your grandchildren. Cut back. Be present. Be quiet.

For Sybil, the answers started coming when she read the book Your Money or Your Life by Vicki Robin and Joe Dominguez. The book outlines a nine-step process to re-evaluating your relationship with money. In essence, "Frugality equals freedom."

"I realized how much I really earned," says Sybil, "and, once I backed out all of the expenses (housekeepers, nannies, gas) that made our working lifestyle possible, the remaining dollars weren’t worth it."

Sybil began volunteering at a homeless shelter and the volunteer position evolved into a paying one. She began working for the love of it. Her family moved into a house in a walkable community. She and her husband shared a car. The couple became closer. Together, her family became involved in the shelter. Sybil felt her life energy returning.

Jef Murray also believes in the power of that returning life force. After living the "American Dream" for a time, Jef and his wife, Lorraine, turned to voluntary simplicity. "The biggest surprise was how much creative energy we gained back by taking control of our lives... it allowed us to see options we couldn't have imagined before, because we didn’t think we could afford to slow down."

For Jef and his wife, slowing down meant delving into their faith, their art, and "using the talents (we had) been given in an attempt to bring new ideas, new images, new hope and joy into the world… you can't do that without finding time and space to listen…and respond."

Many people struggle with finding this time and space. It's often only during times of turmoil -- pressing personal debt, life-threatening disease, or global economic crisis -- that many seek to simplify and lessen their burdens.

Stress has been linked to the likelihood of occurrence and recurrence of a number of diseases, breast cancer among them. Lowering stress can be good for your health and, at the very least, creates more time and energy to be present in the life you lead.

So, can adopting principles of voluntary simplicity lower stress and lead to better health?

"Absolutely," says Jef, who was diagnosed with Fibromyalgia when he was still working as an engineer. "Since leaving engineering…I've had virtually no Fibromyalgia symptoms… I felt trapped, and when we feel trapped, we cannot think, we cannot breathe, we can hardly even pray. No one should be in such a position, and no one has to be." Clearly, Jef is no longer trapped. He is an independent artist and illustrator, and Lorraine now has four books to her publishing credit.

Sybil's life, too, has evolved. She believes that voluntary simplicity led her to a healthier, more fulfilling life. She embraces the "The Green Triangle," a concept created by Ernest Callenbach in the early '90s. Economy, Environment, and Health rest at each corner of the triangle. Theoretically, a positive change in any one area will positively affect each of the other three components. "If you ride your bike to the grocery store," Sybil says, "it saves gas money (economy), reduces your footprint on the earth (environment), and provides exercise (health)." And Sybil would add a fourth geometric corner to this configuration: Emotional Satisfaction.

Still, voluntary simplicity has its challenges. Jef admits there were uncomfortable times when he and his wife stopped socializing with those whose primary values rested in material things. And Sybil remembers when she told her 16-year-old that she wouldn't be receiving a car for her birthday. Her daughter, who was a straight-A student, said to her, "Why am I being punished?"

"I admit," Sybil says, "I still care what I look like…and when I see fancy cars at fancy restaurants… I'm a bit envious."

"In the big picture," says Jef, "voluntary simplicity is simply paying attention. If you're one of those folks who once had a dream… some deep desire that you stuffed away in a closet years ago… but who has concluded that dream is beyond your reach, then I beg you to look closely at voluntary simplicity. Voluntary simplicity gives you the tools to turn your life upside down, in the best possible sense of that term."

For your health. For yourself. For your life.
Find us on Facebook
Join us on Facebook and stay up to date with Amoena news, views and products, plus daily updates on the topics that matter most.
Join Us