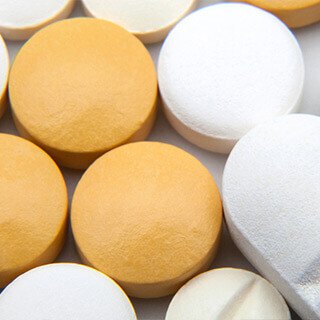 Most women taking hormone-based aromatase inhibitors for breast cancer also take bone drugs such as Zometa to help prevent therapy-induced osteoporosis. A new study suggests that early stage patients who combine Zometa with their hormone therapy for three years after surgery also reduce the chance of their cancer’s return by 32 percent.

Although exactly how Zometa reduces the risk of recurrence isn’t known, lead researcher Dr. Michael Gnant, a professor of surgery at the Medical University of Vienna, said he thinks “it prohibits dormant tumor cells in the bone marrow from ‘waking up.’”

For the three-year study, 1,803 premenopausal women with early-stage hormone-receptive breast cancer were assigned to groups receiving different combinations of hormone drugs; some with, and some without, Zometa. After four years of follow-up, researchers reported women receiving Zometa had a 36 percent reduction in the risk of breast cancer recurrence, compared with women who did not receive the drug. In women over age 40, the risk of recurrence was cut by 42 percent. Side effects, including joint pain, bone pain, and fever were relatively mild and well-tolerated.

Gnant’s group also found that Zometa was linked to a reduction in cancers developing in bone and other sites as well as cancer in the breast opposite where the original tumor was found.

Despite these favorable findings, more trials must be done to prove Zometa’s benefits. “I never change my practice based on one trial,” said Brawley. “But, I see very little harm in giving Zometa along with aromatase inhibitors. Many of the patients I take care of already get this anyway.”

Administered by physicians through infusions, Zometa’s cost is generally covered by a consumer’s doctor visit co-pay. Those co-pays vary by insurance coverage, and some patients may also have to pay a drug co-pay.