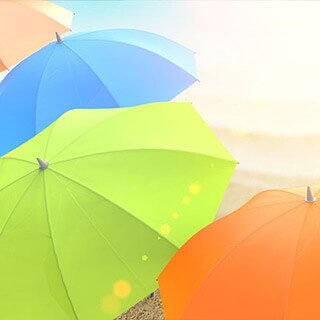 As I write this, California is in the midst of a heatwave unlike anything I’ve seen in ages. Actually, it may be unlike anything I’ve seen in this neck of the woods, period! Thankfully, the humid weather is the result of a tropical storm, so although everyone is complaining (remember, we’re the folks who like our heat dry, thank you very much!) we are also thrilled to have raindrops keep falling on our heads (and lawns). I’m sure, in no time flat, we’ll be complaining again because we need more rain.

While I was squawking about this to a friend who lives in another part of the country, she casually said I should turn on my air conditioner. Shut the front door! No, really, shut the front door – you’re letting all of the cool air out.

Seriously? Do people in other parts of this great country of ours not realize that for the most part, we cool Californians usually don’t need air conditioning? Granted, there are rare exceptions. People living in the desert most certainly need and use air conditioning much of the year. Of course, the rest of us think anyone living in the desert needs his or her head examined – and I’m fairly certain they feel the same way about the rest of us.

This is my first full-on summer minus breasts, so I’m experiencing it on a whole new level. I have to admit, there is an upside to no longer having my double Ds when it’s this hot and humid. I no longer have to put corn starch or talcum powder under them in an attempt to stay a bit dryer and cooler. And, as anyone who has done this knows, not only doesn’t this work very well, it quite often just adds insult to injury.

My laundry list of the upside of being topless doesn’t end there. When I go to the beach, I don’t have to dig two holes in the sand so I can lie on my stomach. Of course, without two breasts to camouflage said stomach, I’m thinking maybe I should be digging a hole for it!

Additionally, I don’t have to deal with that unpleasant sensation that accompanies sweat trickling down my cleavage. So, although I do miss cleavage, I had no idea its absence could actually present at least one perk!

And, although I love my Amoena breast forms (which are both cool and cool) I have to admit there is nothing that feels quite as good as coming home after a long, hot day – kicking off my shoes – and taking off my breasts. Ahhhh, it’s the simple things!

And speaking of simple things (that would be me), it’s taken me nearly a year to remember that unlike my weightless bra of days gone by – now, when I take off my mastectomy bra it’s important to hold on tight, unless I want my breasts on the floor. This is one of those things no one ever thinks to warn you about, and it’s certainly not something most of us would even contemplate (until it happens)! It’s fair to say, I will be thrilled when I graduate to Contact forms.

And being "topless" does have its funny moments! I noticed a sort of panicked, deer-in-the-headlights expression on a co-worker’s face recently, after I announced that I have been having trouble getting my top up and down. They didn’t realize I was talking about the top to my convertible.

So, although I’m still a newbie when it comes to the ins and outs of my new normal, I have to say that unless I am being force-fed Victoria’s Secret commercials, I don’t spend much time missing my breasts. Sure, if they could have been healthy, I would have loved to let them hang (yes, there was that) around much longer – but that was not an option.

Since their departure, I’ve let my hair grow out again so I’d feel a bit more feminine. This may be foolish, or vain – I’m not sure – but it helps me feel a bit more like my old self. I realized recently that, on some level, I’d kept my hair short all these years just in case I had to go through chemo again. Now, this long haired damsel is no longer in distress and can say with great gusto: be gone, breast cancer!

At the moment, I’m trying an experiment. I’ve put a bottle of white wine and my breast forms in the refrigerator. Once they’ve cooled a bit, I’m going to put on my forms, drink the wine – and really chill out. My biggest challenge will be to remember not to drop them on the floor when I’m done.