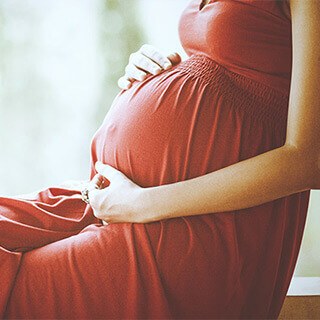 These results contradict earlier studies showing that outcomes were worse for pregnant women treated for breast cancer. But according to Jennifer Litton, an assistant professor in MD Anderson’s Department of Breast Medical Oncology, that was likely due to those women receiving inadequate doses or being advised to postpone treatment until after delivery. Litton’s findings were reported at the 2010 Breast Cancer Symposium.

While experts are unsure what’s behind the numbers, the takeaway is that women treated while pregnant do well. In 1992, another MD Anderson professor began studying the effects of chemotherapy on pregnant patients and eventually concluded that the drugs are safe for mother and child. Today, pregnant patients are supposed to receive the same drugs as non-pregnant patients in the same proportional doses according to weight. The caveat? Even if cancer is detected in early pregnancy, women are advised to put off chemotherapy until the second trimester to minimize the risk of birth defects.

As for the babies, data shows they are doing well and at no greater risk of complications than the general population.