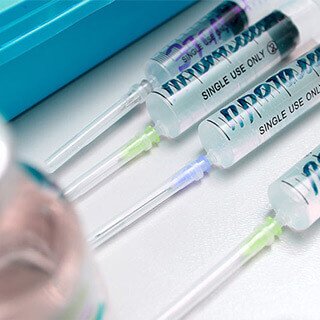 The Mayo Clinic in Rochester, Minnesota, has developed a promising new vaccine intended to help stave off breast and ovarian cancer in women. The vaccine, still years away from widespread use, is thought to use the body’s immune system to prevent ovarian and breast cancer from recurring in women who already have had the disease.

“The idea that you can stimulate the body’s immune system to fight something and you can generate that memory that would protect you for years to come is a good idea,” says project team lead Dr. Keith Knutson. “Typically when a cancer comes back it’s much more resistant and can be more aggressive.”

This vaccine, Knutson says, “could impact a sizable amount of patients with breast cancer.” It also could potentially save lives, since most breast and ovarian cancer deaths happen when the disease returns a second or third time.

Dr. Knutson, who has spent the past six years working on this project, and his team currently are preparing for phase one, which includes testing the vaccine’s safety on 44 cancer patients. Doctors say this first phase of testing could take years, with additional testing required after that. The entire process could take more than a decade.

Still, says Dr. Kimberly Kalli, the project’s co-principal investigator, “just the thought of being able to use the immune system in a cancer context instead of toxic chemotherapy drugs is just very compelling.”