A Cancer Cure on your Spice Shelf? 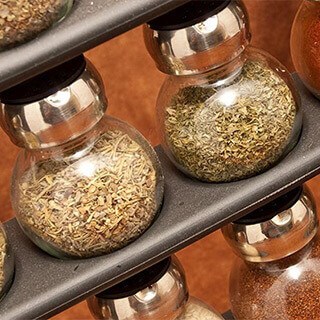 We see it every day: claims online, ads in newspapers, and articles in magazines touting the so-called anti-cancer effects of exotic herbs or newly-discovered berries. Most of these fad cures have no science behind them, but curcumin, the source of a common spice, has researchers excited about its potential as a true cancer-fighting substance.

Many cultures have long believed in the medicinal qualities of curcumin. Related to ginger, it is the main component of turmeric, giving curries and American-style mustard their characteristic yellow color. A growing body of research shows that it reduces chronic inflammation, and hundreds of studies on lab animals suggest that it interrupts the development of many cancers. Researchers in Ireland, for example, recently showed that curcumin appears to slow esophageal cancer tumor growth, and in some cases, destroys cancer cells within 24 hours. American studies have produced similar promising results, demonstrating curcumin's ability to inhibit the proteins and iron needed for breast cancer cells to function and grow, and boosting the effectiveness of chemotherapy.

Having researched curcumin for years, Bharat Aggarwal, PhD, Professor of Cancer Medicine at University of Texas M.D. Anderson Cancer Center recently stated that, "We have not been able to find a cancer we can't effectively treat in the laboratory with curcumin," and "We've even been able to slow the progression of pancreatic cancer, one of the most lethal cancers. What's more, we haven't been able to come up with a dose that causes toxicity."

Although curcumin's performance in the laboratory has been impressive, we're a long way from having a practical application to fight cancer. We still don't know how it might affect humans or how much is needed to destroy cancerous cells. Someday, curcumin-based medicines might be versatile anti-cancer agents that help to prevent or treat breast cancer, but for now, much more clinical study is needed. In the meantime, sipping turmeric tea or cultivating a taste for curry can't hurt... and it may even help.