Can Your Lifestyle Impact Cancer? 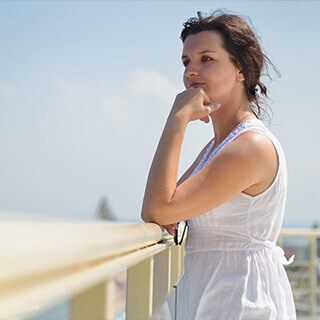 Wouldn’t it be nice to know what -- and what not to --do to avoid cancer? When I was first diagnosed with breast cancer, my wise doctor told me that many of his patients, upon hearing the devastating news, tried to pinpoint what they “did” to give themselves cancer.

“If they could blame themselves for what they did ‘wrong,’ it gave them a sense of control again over their body—the body that failed them by developing cancer for no apparent reason,” he said.

However, I completely threw out his advice of avoiding self-recrimination after I finished my year of treatment. After you survive the ordeal of chemo, surgery and radiation, you never want to hear, “You have cancer” again.

So, I became obsessed with avoiding anything that could possibly ignite cancer in my body and maniacal about doing all “the right things” – whatever they were—to prevent the disease. The problem, though, was figuring out exactly what were THE right and wrong lifestyle choices regarding cancer.

Should I eliminate red meat from my diet? What about preservatives? What about exercise? But, wait! I know someone who has smoked like a fiend and eaten junk food for years and has never developed cancer. Meanwhile, I, the health nut, who juiced every morning and exercised like it was my career, got cancer. So what can I believe? Do our lifestyle choices have any bearing on getting cancer or not?

After talking with Gregg Orloff, Ph.D., who has developed an award-winning web site on the biology of cancer (www.cancerquest.org), the best I can understand is that lifestyle choices do and don’t contribute to cancer. Just what we all want to hear.

“Of all the environmental and behavioral factors that have been investigated for cancer, only a few have shown a clear link,” Orloff says. “It’s difficult to make hard and fast conclusions about certain activities and their impact on cancer because studies to-date haven’t involved a large enough population or haven’t been conducted for a long enough time period to offer anything definite. The data simply doesn’t exist at this point.”

Still, research has uncovered enough implications between particular behaviors and increased risk that it’s worth paying attention to how lifestyle choices impact our health, he says. But in order to understand how behavior and cancer are related, we first need to know what causes cancer to form.

"Cancer is ultimately a result of DNA damage," explains Orloff, who is a senior lecturer in biology at Emory University in Atlanta.

“We know that cancer is derived from a single defective cell that has multiplied,” he says. “It occurs when a cell strikes out on its own, resulting in unregulated cell growth. These abnormal cells pile up on each other and form masses, which are commonly known as tumors.”

But why does a normal cell strike out in the first place? What causes it to become cancerous?

It happens when a particular set of genes in a cell are altered by mutagens. And, this is where lifestyle behaviors may play a role in cancer. Mutagens enter the human body by means of inhaling, ingesting and absorbing. They derive from:

In other words, every time you expose your body to a cancer risk—eating burned meat, inhaling cigarette smoke or absorbing coal tar—mutagens enter your body. And chemicals that are mutagenic can cause DNA damage.

If everyone takes in mutagens, then why does one person develop cancer over someone else?

"In order for a single, normal cell to turn into a cancer cell, it must acquire five to six different changes from mutagens. So, it’s a cumulative effect,” says Orloff. “Two people can be exposed to the same mutagen, but in one person, the cell dies or remains the same, while the other person acquires a mutation in an important gene and develops cancer. That’s why you see some people smoke their entire lives and not get cancer, and others who ‘do all the right things’ who do get cancer. Luck plays a big role as to who gets cancer and who doesn’t.”

There are genetic components to cancer, as well.

“A person can inherit defective genes—such as BRCA1—which by itself doesn't necessarily cause cancer,” Orloff adds. “But a defective gene can increase your chances that some important key genes will be affected by a mutation, giving you a higher risk for cancer.”

Another genetic factor that can affect whether one person gets cancer versus another is possessing better DNA repair genes, which respond to changes in DNA differently.

In addition, the way your body processes toxins can affect your chances of getting cancer. For example, the liver has enzymes to process and eliminate toxins—making them soluble so they can be excreted. But this detoxification process can convert a chemical into a mutagen. Consequently, two people may be exposed to the same risks, but their bodies may process toxins differently.

Whatever your body’s genetic makeup, DNA can be damaged by certain behaviors. The following factors are known to have an associated risk of cancer because of their mutagenic properties

On the other hand, there appear to be certain behaviors that might help reduce your risk of cancer.

Exercise – In some studies, exercise has been shown to have positive beneficial effects on breast and colon cancer. The benefits of exercise may be due to a wide variety of effects, ranging from enhanced immune system function to increased GI motility.

Diet – Overall, a well-balanced diet with fruits, vegetables and nuts is beneficial. Specifically, foods that contain antioxidants, such as leafy green and cruciferous vegetables, have cancer fighting possibilities.

Why is this? Because our bodies produce oxygen radicals, which are highly reactive molecules in cells that act as mutagens and can cause DNA damage. Antioxidants act as interceptor missiles, neutralizing oxygen radicals before they affect DNA.

In addition, studies have indicated that vitamin E, selenium and calcium might potentially prevent or limit cancer growth.

“Again, none of these things, alone, offers a huge reduction in cancer risk,” warns Orloff. “But we know enough from studies to advise people to take care of their body.”

"There's no holy grail in that if you do this set of behaviors, you won't get cancer," says Orloff. "All you can do is limit your risks.

"It's like avoiding a car accident. You can limit your risks by wearing a seat belt, not going out late at night, and not driving while talking on a cell phone. But all these things still can't guarantee that you won't get killed in car accident.

“The same goes for cancer. Individuals have to decide what risks they want to live with.”