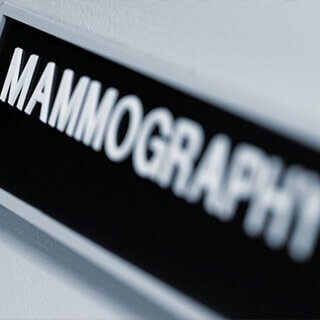 A recent study indicates that women with an early form of ductal breast cancer face a higher incidence of disease recurrence if their breast tissue appears dense on mammograms. The risk of return is greatest in the opposing breast, according to the Kaiser Permanente Division of Research study.

Of 935 women treated with breast-conserving surgery after being diagnosed with ductal carcinoma in situ (DCIS), those with dense breasts were twice as likely to develop a secondary tumor in the treated breast. The chance for cancer recurrence rose to about threefold in the opposite breast. Follow-up testing revealed that 164 women from the study had a second cancer in the treated breast, while 59 developed a new tumor in the other breast.

“There is very little public awareness that background density of breast tissue on a mammogram is a risk factor for breast cancer,” says Dr. Marisa Weiss, a Philadelphia-based oncologist, author, and the founder of www.breastcancer.org. “Breast density defined by mammography is something to be aware of.”

Weiss goes on to say that when reviewing mammography results, both women and doctors often pay close attention to the words “normal” or “abnormal,” while not looking closely enough at a woman’s breast density. While typical breast tissue is mostly fat and appears dark gray on a mammogram, dense breasts show up white.

According to the National Cancer Institute, women with a high percentage of dense breast tissue have a greater risk of breast cancer compared with those of a similar age with a smaller percentage of dense breast tissue. Says study researcher Laurel A. Habel, PhD: “Breast density is among the strongest risk factors for breast cancer, like family history.”

Study findings appear in the October 7 issue of Cancer Epidemiology, Biomarkers & Prevention. Futher information is available on MSNBC.com and through the Los Angeles Times.