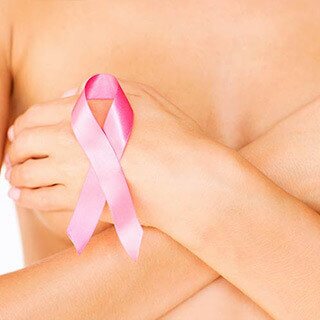 Many studies have compared the recurrence and survival rates between women who have undergone mastectomy and those who had breast-conserving surgery (BCS) and radiation therapy. The findings have all confirmed that aside from a small chance of local recurrence with BCS, the outcomes were equal.

BCS is known by many names: lumpectomy, segmentectomy, quadrantectomy, wide local excision, and tylectomy. Each of these names refer to the amount of breast tissue that is removed during surgery.

The lump or tumor is removed with some amount of tissue surrounding the lump. The tissue surrounding the lump is then assessed for malignant cells. If no further malignant cells exist, then the margins are considered clear. The majority of the breast tissue is left intact and depending on the amount of tissue spared, cosmetic results are usually satisfactory. For those results that are not satisfactory, partial prostheses can replace the missing tissue.

Before BCS can be recommended, the surgeon must know the extent and nature of the tumor. This is done by staging the cancer to determine the extent of tissue involved. The earlier the diagnosis is made, the better chances are that BCS will be an appropriate choice of treatment. Women who have a small breast and a large tumor would usually not be considered for BCS due to possible poor cosmetic outcome. The best BCS surgery candidates usually those with the following conditions:

During the procedure, a separate incision may be required to access axillary lymph nodes. The surgeon may perform a sentinel node biopsy. Other procedures to remove and assess the spread of cancer cells to the lymph nodes may include an axillary node sampling or an axillary node dissection.

"Many studies have compared the recurrence and survival rates between women who have undergone mastectomy and those who had breast-conserving surgery (BCS) and radiation therapy. The findings have all confirmed that aside from a small chance of local recurrence with BCS, the outcomes were equal."

Physical conditions preventing the woman from lying flat or raising her arm so that her hand lies on her forehead.

Systemic adjuvant therapy would include chemotherapy taken intravenously or by mouth. This category would include hormone therapies such as tamoxifen or a combination of different drug therapies. Studies have shown that the use of adjuvant and systemic therapies following BCS provides very adequate long term local control.

BCS offers women a choice in the treatment of their breast cancer. Studies have shown that women involved in the decision making process of their treatment plan experience less depression from their diagnosis.