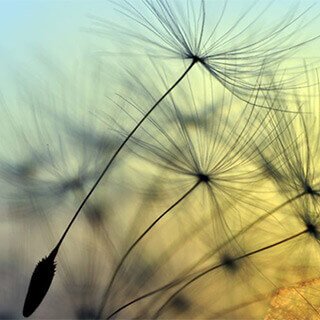 Researchers recently announced that adult daughters of women exposed to the once-common pesticide DDT during pregnancy may have an increased risk for developing breast cancer.

The study followed 9,300 women born from 1959 to 1967, during a time when DDT use was widespread. What they discovered was that the daughters of these women had a four-fold increased risk for breast cancer if they were exposed to one form of the insecticide in utero.

Lead study author, Barbara Cohn, director of child health and development studies at the Public Health Institute in Berkeley, California reports that, "It has long been suspected that environmental chemicals that interfere with hormone systems could be connected to risk of breast cancer; here we found the first direct connection for measured levels of DDT in mothers' pregnancy blood."

Through previous animal studies it was found that a form of the pesticide known as o,p'-DDT behaves like the hormone estrogen, which is involved in signaling breast cells to grow and divide.

In this current study, published in the Journal of Clinical Endocrinology and Metabolism, Cohn and colleagues reviewed blood tests for DDT done in 20,754 women who had babies in Oakland, California when use of the pesticide was widespread.

They found that cancer was more likely among the 103 daughters of women exposed to DDT during pregnancy than among another group of 315 women the same age whose mothers didn't test positive for the chemical. Most of the women had tumors fueled by the hormones estrogen (83%) and progesterone (76%).

It was further discovered that exposure in utero to o,p'-DDT was also associated with more advanced tumors at the time of diagnosis as well as HER2-positive breast cancer, which is known to be aggressive.

Although women obviously can't time travel or control whether they were exposed to DDT in utero, Julia Brody, Executive Director of the Silent Spring Institute, a nonprofit research group focused on environmental factors that influence women's health, says they can still take steps to reduce their risk of developing breast cancer.

Brody who wasn’t involved in the study says, "One great way to reduce your own breast cancer risk is to stay physically active. In addition, women can minimize their exposures to a range of chemicals that are hormone disruptors or carcinogens by keeping house dust levels low and choosing products with safer ingredients."

It is important to note that DDT is still widely used in other parts of the world, including regions of Africa and Asia, where it is used to control the spread of malaria.

Poor Sleep, Snoring Prior to Diagnosis May be Problematic for Breast Cancer Patients

Breast cancer patients who had poor sleep and frequent snoring before their cancer diagnosis appear to have lower survival rates, a new study finds.

It is important to note that the study (including more than 18,000 cancer patients whose progress was tracked in the Women’s Health Initiative Study), was not designed to prove cause-and-effect.

The women participating provided information about a number of aspects of their sleep prior to their cancer diagnosis, including the amount of sleep they got, whether or not they snored, and any history of insomnia.

Published online in the journal Sleep, the study (led by Amanda Phipps, an assistant professor of epidemiology at the University of Washington in Seattle), determined that women sleeping six hours or less per night, who were also frequent snorers, had more than twice the odds of a poor prognosis compared to women with neither of those factors.

"Our results suggest that sleep duration is important for breast cancer survival, particularly in women who snore," Phipps said in a journal news release.

Dr. Stephanie Bernik, Chief of Surgical Oncology at Lenox Hill Hospital in NYC, says "At first glance it seems as though recommending more sleep could be of benefit to breast cancer patients, however, one must remember that perhaps the factors that allow women to have more restful sleep, such as healthier lifestyle or lower amounts of stress, are the real reasons women who sleep well have better breast cancer outcomes."

Dr. Charles Shapiro, Co-Director of the Dubin Breast Center at New York’s Mount Sinai Hospital, also cautions, "Sleep patterns often get disrupted, and insomnia is prevalent in women who are diagnosed and treated for breast cancer and other cancers. Precisely why insomnia is prevalent in cancer populations is unknown, but there are many potential causes including depression, anxiety, fatigue and other issues such as hot flashes.”

Both Shapiro and Bernik agree that important factors like depression and obesity, known to be associated with increased breast cancer mortality, were not assessed in the study and could be the link between sleeplessness and breast cancer outcomes.

"Insomnia is a common but under-recognized and under-treated problem among breast cancer survivors," Shapiro said, "but whether it actually causes increased cancer deaths is unknown and we need a lot more information before we make that link."