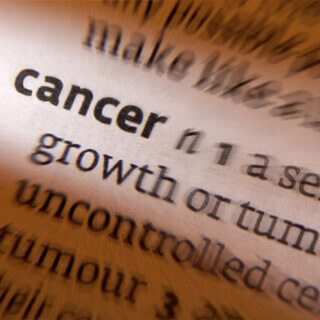 Most of us are aware of BRCA1 and BRCA2, the so-called breast cancer genes. When healthy, these genes act as tumor suppressors, producing a protein that prevents cells from multiplying too quickly. When abnormalities in the protective BRCA genes are inherited or acquired, cells can grow and divide uncontrollably and tumors may form.

Media stories and research reports often address the higher risk associated with having a BRCA mutation, but rarely discuss specific differences between BRCA1 and BRCA2. The truth is, most research doesn’t focus solely on BRCA-related risk and cancer, and even fewer studies explore distinct differences between the two mutations.

BRCA1 and BRCA2 appear to share similarities: both abnormalities translate to a higher-than-average cancer risk and can be inherited by men or women from either parent. While much more research is needed to explore differences between the mutations, experts have already identified a few distinctions.

Women in the general population have a 12% lifetime risk of developing breast cancer. Having a BRCA mutation raises that risk to 50-85%, with a high likelihood for a recurrence or a second tumor. This risk seems to be about the same whether women carry BRCA1 or BRCA2, but the type of breast cancers they develop and how their tumors respond to treatment may be different. BRCA1 breast cancers are more often triple-negative and harder to treat, because they don’t respond to hormone therapies used to treat the estrogen- and progesterone-receptor positive tumors that more often develop in women with BRCA2 mutations.

Increased risk of ovarian and other cancers

A BRCA2 mutation also means increased likelihood for fallopian tube cancer. Both men and women who have BRCA2 damage are more likely to develop Fanconi anemia, a rare blood disorder that can cause bone marrow failure.

Aggressive and controversial, prophylactic mastectomy (removal of the breasts) and oophorectomy (removal of the ovaries) before menopause are the most effective methods of reducing a woman’s risk of breast and ovarian cancer. Prophylactic mastectomy lowers the risk of high-risk breast cancers by 95%. The level of risk reduction after oophorectomy depends on the type of mutation a woman has.

A small study published in the Journal of Clinical Oncology in 2008 is one of only a few to examine specific differences in breast cancer risk reduction involving BRCA1 and BRCA2. The study reinforced previous data showing that oophorectomy significantly reduces breast cancer risk, but also found that the level of benefit is not always the same. Results suggested that oophorectomy was more beneficial for BRCA2 participants: their chance for developing breast cancer was 72% lower after surgery, compared to 29% for women with BRCA1. Although researchers could not identify why the level of risk reduction was different, they theorized it was probably because BRCA2 breast cancers are more often estrogen receptor-positive: remove a woman’s ovaries and you eliminate the source of most estrogen that can stimulate breast cancer cells.

The actual benefit of either mastectomy or oophorectomy also depends on each woman’s individual risk.

Women aren’t the only ones affected by BRCA mutations. Men have breast tissue and BRCA genes and can inherit mutations that put them at greater risk for cancers. Although only 1% of all breast cancers develop in men, having a BRCA mutation means increased risk, particularly for men with BRCA2.  BRCA mutations also raise a man’s chance of developing cancer of the pancreas, skin and a particularly aggressive form of prostate cancer that develops at an earlier age than men who do not have a mutation.

There is no sure-fire way to prevent cancer, whether you are a man or woman, or whether you have a BRCA mutation or not. Experts recommend surveillance beginning at a younger age for those at high risk, to detect cancer at its earliest stages when it is most treatable.

*Every six months beginning at age 30-35, or 5-10 yrs before the earliest age of first diagnosis in the family, and preferably day 1-10 of the menstrual cycle.

Future research may discover more distinct differences between BRCA1 and BRCA2. Sue Friedman, Executive Director of Facing Our Risk of Cancer Empowered (FORCE), a national nonprofit dedicated to improving the lives of those at high risk for hereditary cancer, explains, “We encourage anyone who is trying to understand the risks, treatment, and management options associated with a BRCA mutation to speak with a qualified expert in cancer genetics. Genetic research is progressing quickly. It’s very possible that more will be learned in the next few years about the differences between the two mutations.”

Visit FORCE for up-to-date information about the risk and treatment of hereditary cancers caused by BRCA mutations.