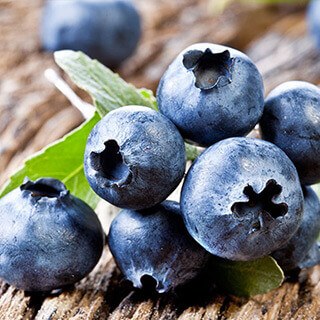 Multiple studies were conducted at the Beckman Research Institute of the California-based City of Hope Comprehensive Cancer Center, and were led by Dr. Lynn Adams. “Although these results were obtained with laboratory animals and cannot be applied directly to humans, we believe we have moved one step closer to finding a safe and effective diet strategy for controlling triple negative breast cancer, for which there are few therapy choices. Blueberries may well be part of that diet strategy,” she said.

Researchers compared the size of the breast tumors in the mice, which included a control group containing no blueberries, and found that mice receiving blueberry powder had tumors 60-75% smaller than the control group. The human equivalent of the 5% blueberry diet is about two cups of fresh blueberries daily.

These results were further strengthened when researchers found during molecular studies on tumor tissue that there were significant differences between the blueberry-fed groups and the control groups. These differences were in gene patterns known to be related to inflammatory diseases and the growth and spread of cancer cells.

For more information about the connection between blueberries and breast tumors, explore this article on the City of Hope website. The Food For Breast Cancer website also features valuable information. A video on the topic is available on YouTube.