Bioidentical Hormones: Are They Safe? 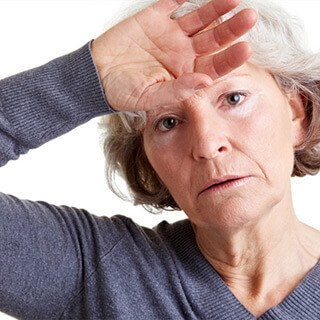 When you’re plagued by miserable hot flashes, cranky moods and sleepless nights, any promised relief appeals. But what really works for menopausal symptoms and what is safe?

Doctors have routinely prescribed hormone replacement therapy (HRT) to menopausal women to banish these symptoms while protecting against heart disease and thinning bones. But many women abruptly stopped using hormones in 2002 when the Women’s Health Initiative found that conventional HRT—combined estrogen and progestin—slightly increased postmenopausal risk for breast cancer, heart disease, stroke and blood clots. Without HRT, many women’s symptoms returned with a vengeance, and they began looking for other remedies.

Advertisements and celebrity endorsements soon began appearing for bioidentical hormone therapy (BHRT), calling it a safer, natural and more effective alternative to HRT and an all-around health tonic. The FDA, the American Medical Society, the North American Menopause Society and other health organizations strongly disagree. The FDA doesn’t disapprove of BHRT. In fact, in addition to conventional HRT, it has approved many brand-name, standard-dosage prescription bioidenticals, including Estrace pills, EstroGel and the Estring vaginal ring. But FDA officials say that promotions for compounded BHRT—preparations that are custom-mixed by special pharmacies for individual patients—are misleading and are cause for concern, as illustrated by the following Internet statements:

“Without the risk of traditional hormones.”

While these claims are alluring, there is no data to back them up. In 2008, the FDA ordered seven compounding pharmacies to stop making "false and misleading" statements that BHRT is safer or more effective than HRT or that it prevents or treats cancer, Alzheimer’s disease or other serious illnesses. There are other issues as well:

The FDA considers “bioidentical” to be a marketing term without medical merit. The term is used to describe hormones that are chemically the same as those made by a woman’s ovaries—and they are, but so are FDA-approved hormone products.

BHRT is often presented as a “natural” alternative to synthetic HRT. Technically, however, anything derived from an animal, mineral or plant source is natural. Conventional estrogen, for example, comes from pregnant horse urine, while most bioidentical estrogen is made from yam or soy extracts. Both come from “natural” sources, yet both must be altered in a laboratory before they can be absorbed by the body.

Except for a few small studies showing compounded BHRT relieves hot flashes and vaginal dryness, there is no scientific data—good or bad—about its safety or risks, especially as it relates to breast cancer.

Unlike FDA-approved HRT and bioidenticals, which are subject to rigorous testing and manufacturing standards to ensure consistent dosage, purity and potency, compounded preparations are unregulated and untested.

Women who are simply looking for relief from menopausal symptoms are caught in the middle of the bioidentical controversy. On one side of the issue is the FDA and opposing health organizations who readily acknowledge the value of tailoring medications to individuals, but insist that unless a woman is allergic to a particular ingredient in a standard prescription, her menopausal symptoms can be adequately treated with well-tested, FDA-approved HRT rather than a custom-made preparation. On the other side are advocates of compounded BHRT: physicians and licensed clinicians who prescribe it and thousands of women who fear using conventional HRT and consider BHRT to be a godsend.

Other Concerns About Compounding

During compounding, plant hormones are mixed with other ingredients to bind or thicken the preparation. Estriol, a weak estrogen that does not have FDA approval, is a common ingredient. But unlike commercial HRT, estriol has not been well-studied and its long-term effects are unknown: does it increase the risk of blood clots, interfere with cholesterol levels, or raise the risk for breast and ovarian cancer?

There are other concerns about compounded BHRT. Prescribing clinicians typically use saliva tests to determine a patient’s estrogen level. But experts say that hormone levels fluctuate throughout a single day and saliva testing isn’t a reliable method of measuring hormone levels for the purpose of prescribing hormone therapy. After menopause, the body is designed to function with less estrogen, and even the most respected health experts concede that we don’t really know what the “right” estrogen levels may be.

What Should You Do?

Menopausal symptoms vary and not all women need hormones. Some have no noticeable symptoms or symptoms that are so minimal they don’t require attention. Others find that adjusting their diet and getting the right amount of exercise does wonders. For many women, however, the transition through menopause is not easy. Today, women who feel their symptoms interfere with their quality of life and can’t be ignored have many options. Instead of the previous one-size-fits-all approach to menopause relief, symptoms are treated with low-dose pills, creams, lotions, gels and patches.

No hormone therapy is a fountain of youth or should be used indefinitely, and all medications, including hormone therapy, have potential for risk. The FDA’s message is that women should work with their doctors to match their symptoms to already-approved HRT products, and use them at the lowest effective dose for the shortest time needed. Using low-dose HRT for three to five years is considered to be safe for women with an average risk of breast or ovarian cancer.

If you need help dealing with menopausal symptoms, talk to your doctor about all of your options. Weigh the potential risks and benefits of each before making a decision that is right for you.