Alcohol: Is Any Amount Safe? 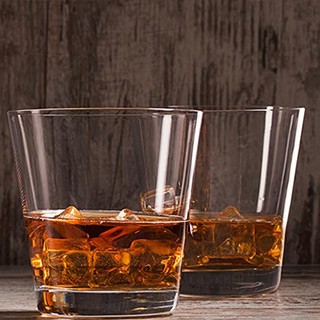 Despite the much touted benefits of drinking alcohol in moderation, experts agree there is an undeniable link between alcohol and cancer, particularly breast cancer. Drinking any kind of alcohol -- red or white wine, beer, or mixed drinks -- raises your risk.

When University of Oxford researchers studied data from 1.3 million British women, they reported that each daily drink increased a woman's risk of breast cancer by about 1.5%. One researcher concluded that "no level of alcohol consumption could be considered safe." Other significant U.S. research found a similar correlation. The Diet and Health Study reported a 7% increased risk in women who had less than one drink daily compared to non-drinkers. One to two drinks a day resulted in 32% higher risk. Women who had three or more drinks in a day had 51% more risk.

To put these findings into perspective, a woman between ages 40 and 49 has a 1.5% risk (1 in 68) of developing breast cancer. Drinking less than one alcoholic beverage a day raises her chance of breast cancer to 1.61% (about 1 in 62).

It would appear that the more you drink, the greater your risk. These studies have limitations, however. Both depend on participants' self-reporting. Neither proves cause and effect. They only compare drinkers to non-drinkers; they don't pinpoint a woman's exact risk specifically from drinking. Other causes for increased risk may not be immediately obvious. Even so, these studies add to a growing body of research that points to an undeniable connection between drinking and breast cancer.

Talk to your doctor about other lifestyle or hereditary factors that influence your own overall risk, things you can do to reduce that risk, and whether the heart-protective characteristics of moderate drinking offset its cancer risk. If you drink, limit your consumption to just one drink or less per day -- no more than 5 ounces of wine, 12 ounces of beer or 1.5 ounces of tequila, vodka, or other distilled spirits.