Acupuncture Works as Well as Medication for Hot Flashes, Without the Side Effects 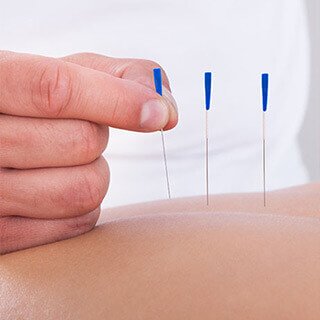 Most breast cancers are hormone receptor-positive and are treated with hormone therapies that either reduce or block the amount of estrogen produced in the body. Tamoxifen, for example, blocks estrogen receptors in the breast, while aromatase inhibitors suppress the production of estrogen in postmenopausal women.

Hot flashes are common side effects of both medications. Doctors commonly prescribe Effexor, an antidepressant medication, to reduce the frequency and intensity of hot flashes, but it often causes other undesirable side effects. Many breast cancer patients say they’ve found relief from hot flashes with acupuncture. Researchers decided to put the ancient Chinese practice to the test, comparing its effectiveness to Effexor. They recruited 50 women who reported having hot flashes during hormonal therapy for breast cancer. Over 12 weeks, half of the group received acupuncture, while the other half was treated with Effexor.

At the end of the trial, both groups experienced fewer hot flashes but reported significant differences. Within two weeks after completing the study treatment, the group that received Effexor began having more hot flashes as well as nausea, dry mouth, anxiety and dizziness. In contrast, the women who received acupuncture enjoyed fewer hot flashes and had no negative side effects. Most of the acupuncture group said they also felt more energetic and had a greater sense of well-being. A few also reported that acupuncture increased their sex drive.

In this study, acupuncture proved to be as safe and effective as Effexor without the side effects. If you are experiencing hot flashes from breast cancer treatment, talk to you doctor about the pros and cons of acupuncture and Effexor, and whether your insurance will cover either treatment.