A Shortcut to Summer: Reflection from a Breast Cancer Survivor 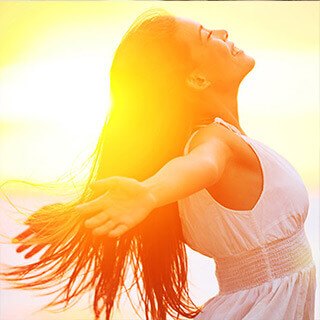 As a kid, life was always much more interesting when you could discover shortcuts to your favorite destinations. I distinctly recall the adventure of striking out into new realms, never so far off the beaten path as to create parental alarm, but certainly distant enough from the norm to make a daily walk to school, or to the corner grocer’s, a bit more daring and fun.

The interesting thing about shortcuts when you’re a kid, is that they aren’t calculated by an adult’s yardstick or tape measure. A child’s shortcut is bound only by imagination, which as we all know can be limitless. As anyone who has ever lived in a cold climate will attest, shortcuts were best utilized during the hot summer months, when getting off your normal course didn’t include becoming bogged down and losing your boots in a snowdrift.

While I was hoping desperately to find ways to endure the months of treatment necessitated by chemotherapy and radiation, I thought a lot about shortcuts and my childhood. Even now, years out from my first diagnosis, I have moments when I wonder how many more times I will get to relish in the sheer majesty of sun sparkling on lush green leaves, the fragrance of new mown grass, and the long, slow, cat-stretch days spanning from summer solstice to fall equinox.

One of my favorite shortcuts allowed me to utilize the alleys that were so prevalent in our neighborhoods back in the 1950s. Alleyways allowed you to look at the world from a different angle, often providing a view into a neighbor’s kitchen or family room. The mingle of smells from dinners cooking, low-slung evergreen shrubs, and cinders baking in the heat, will always be associated in my mind with those long-ago summers. Every now and then in this grown up body, I will catch a brief whiff of those familiar scents, and it immediately transports me back to my childhood.

Not only was an alley rife with new vantage points, but it also tended to be a haven for backyard apple trees, grapevines, and rhubarb bushes. If you were brave enough to take a shortcut through an alley, it just followed that you would be fearless when it came to grabbing a few green apples, stalks of rhubarb, or -- best of all – some concord grapes. How many times did we run, giggling and screaming like a bunch of banshees, until we were a safe enough distance from the scene of the crime to plop on the ground, spent from our laughter, savoring our ill-gotten treats? The resulting stomach aches from the unripe apples, starchy raw rhubarb, and tart grapes were small punishment for our daring deeds.

So, I am once again feeling that little stab of angst, contemplating how many more times I will manage to delight in my favorite season. Has anyone who has had breast cancer ever lived to be 100? I ponder this question and hope it is possible, because I would only be halfway through my sun-kissed seasons. In the meantime, I have created a shortcut to summer. I just close my eyes, take a deep breath, and recall lightning bugs, children’s laughter, Ollie Ollie in free – and believing something this good will never end!