35 years of growth and innovation have made Amoena the industry leader. 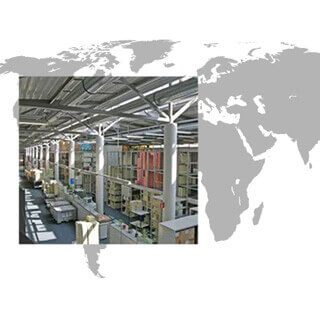 Amoena was the first company to introduce revolutionary breast form innovations for breast cancer survivors. Unlike others in the industry, Cornelius was never satisfied with the status quo of breast forms. He continued to research ways to further innovate product design and comfort to create a form that felt more natural. In 1984, Amoena introduced a 2-layer breast form with a firm silicone ‘ring’ on the rear side to stabilise the form in the bra and a new shape that replicated the anatomy of a woman’s breast.

Amoena has registered over 25 patent families and has a history rich in growth, technological advancements and diversification.
Here’s a glimpse at some of our proudest moments.

Cornelius's influence continues
Cornelius Rechenberg had a vision and a steadfast determination to revolutionize the manufacturing process of breast forms. Although he passed away in 2001, his influence continues to guide our company’s mission and values. We remain committed to Cornelius’s vision and the women we proudly serve.